Resettlement: Disabled want to be prioritised 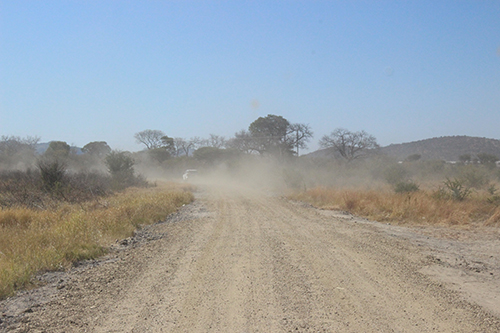 Despite being a designated group for land allocations, Namibians living with disabilities feel excluded as beneficiaries of the country’s resettlement programme.

Overall, the National Resettlement Policy aims to afford targeted groups (the San community, ex-fighters, former refugees, the displaced and people with disabilities as well as people from overcrowded communal agricultural land) the opportunity for food production, employment as well as to accommodate small-scale farmers in the mainstream Namibian economy and decrease human and livestock overcrowding in communal areas.

Crucially, resettlement is aimed at improving the lives of displaced or dispossessed previously disadvantaged Namibians. Farms obtained by government for resettlement purposes are usually split into several sections, and dozens of families are being resettled on what had previously been one farm.

Some persons living with disabilities, who preferred anonymity, expressed grave concern that they are not incorporated into the mainstream of government farming programmes.

“It is over 30 years after independence, but people with disabilities are still left out of the resettlement programme. Surprisingly, they encourage persons with disabilities and previously disadvantaged to apply. But we are poorly represented in the programme. Although people living with some type of disability may not have the opportunity to live life in the same way that others do, government must begin to realise that disability is not inability. We just need a little creativity and a lot of hard work and determination,” a young professional with a disability reacted.

Others feel despite the fact that they are disabled in one way or the other, their minds are able.

“Some of us were born in villages, where we have been working in the fields with our parents. We are well-educated, and therefore possess enough agricultural background to qualify for resettlement programmes,” complained another.

Therefore, they argue that even if they are physically challenged to work effectively on the land, they have families and technology to assist them to contribute to food security, like other ordinary Namibians.

Contacted for comment, land reform spokesperson Chris Matongela said various criteria are used in order to select the most appropriate applicants for each farming unit available, and being a person with disability is not one of the criterion or factors used for the selection of beneficiaries.

He said 37 people with disabilities who met the resettlement programme criteria and other factors have been resettled on resettlement farms in different regions. To date, about 25 are resettled in Omaheke, four in Otjozondjupa, six in Oshikoto and two in Hardap.

On her part, disability affairs deputy minister Alexia Ncube said having gone through the resettlement policy, she can confirm that people with disabilities indeed fall under the categories to be prioritised.

“However, one wonders from when this record is, and out of how many resettled farmers. Perhaps more clarity is needed from the sector ministry. The 37 farmers currently on record who are apparently doing well and who employed farm workers is a positive initiative for employment creation, and it should send a clear message that by including more people with disabilities in the resettlement programme, you are increasing the GDP and provision of food security for the country,” Ncube stressed.

In a nutshell, she said, government has not excluded people with disabilities from the resettlement programme.

She emphasised that improving on the existing structural policy should be an ongoing process for the government.

“Reforms are always inevitable in every position or situation, and as long as such complaints reach your office, they will be highly considered and given the attention they deserve,” the politician said.

Matongela explained that the criteria are based on a variety of factors, but are designed to allow resettled persons to earn a successful living and improve economic efficiency on the farming units.

Furthermore, the ministry indicated that it has long been a policy of the government to mainstream gender issues, as well as to empower women and increase their ability to access land.

Therefore, Matongela said all women, irrespective of whether or not they are married, are given preferential consideration during the selection of resettlement beneficiaries, provided they meet the age requirements.