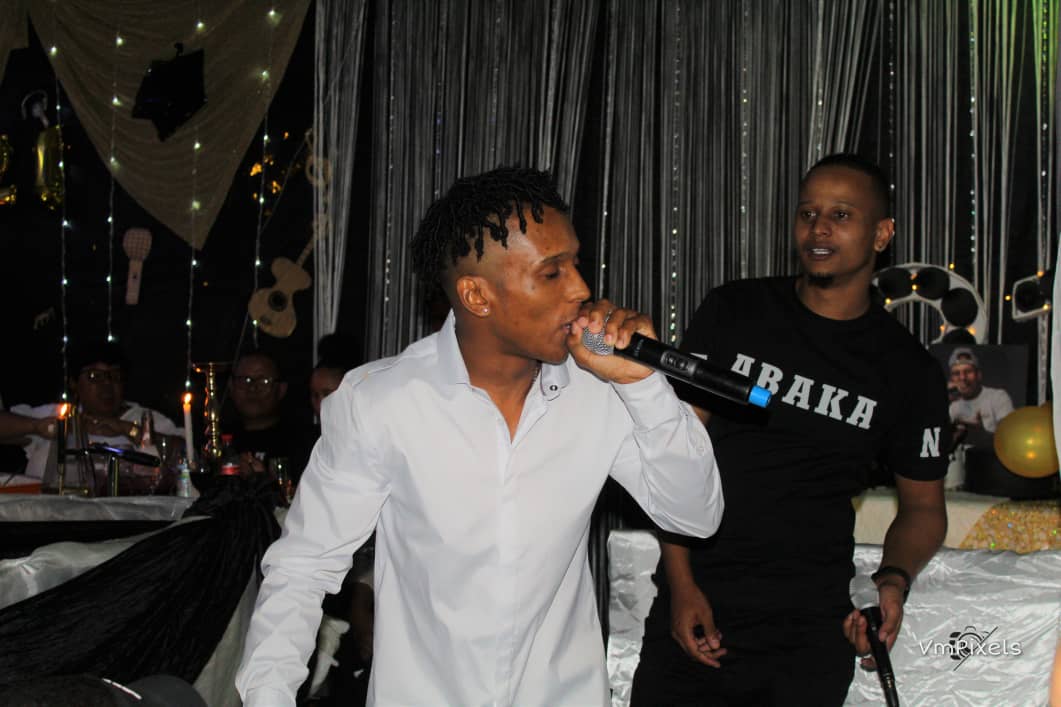 Honouring a promise made last year after winning N$100 000 from ‘The Search Namibia’ talent competition, Rodward Stephanus, AKA Roda, has proven to the community of Keetmanshoop to be ‘a man of his word’.

As promised, the 21-year-old recently opened his music studio from where he will be assisting less-fortunate upcoming artists to record their music.

“My recording studio will benefit my community that is blessed with many talents. They can do recordings here for a minimal fee, suing professional sound equipment, instead of travelling to other places to do so,” said Roda during the launch of the studio.

He told VIBEZ! on enquiry that the studio equipment cost approximately N$70 000, while he spent N$32 000 on recording and releasing his album, including three music videos.

The musician, who launched an album called ‘Recognition’ late last year, reasoned that being an artist can give you a living, provided you have the right mindset, stay positive and have proper supporting structures around you.

“Depending on their goals, artists can use live performances as a deeper connection with their fans, spread awareness of their talent nationally and abroad, as well as meeting new producers who can advance their music careers further.”

He further said the music studio is just the start of his future plans, as the next step will be to establish his own record label with fellow artists and producers in order to get international recognition and advancement opportunities.

“My future plans are enormous as the sky is the limit, with my aim being ‘go big or go home’,” said Roda.

He called on the youth in Keetmanshoop to always stay focused and not give up on their dreams.

Roda was the very first winner of the talent competition, and has also released a single called ‘Flow with it’.

Apart from establishing the music studio, Roda also recently treated his friends to his 21st party, as well as handing out 21 food parcels to elderly people.