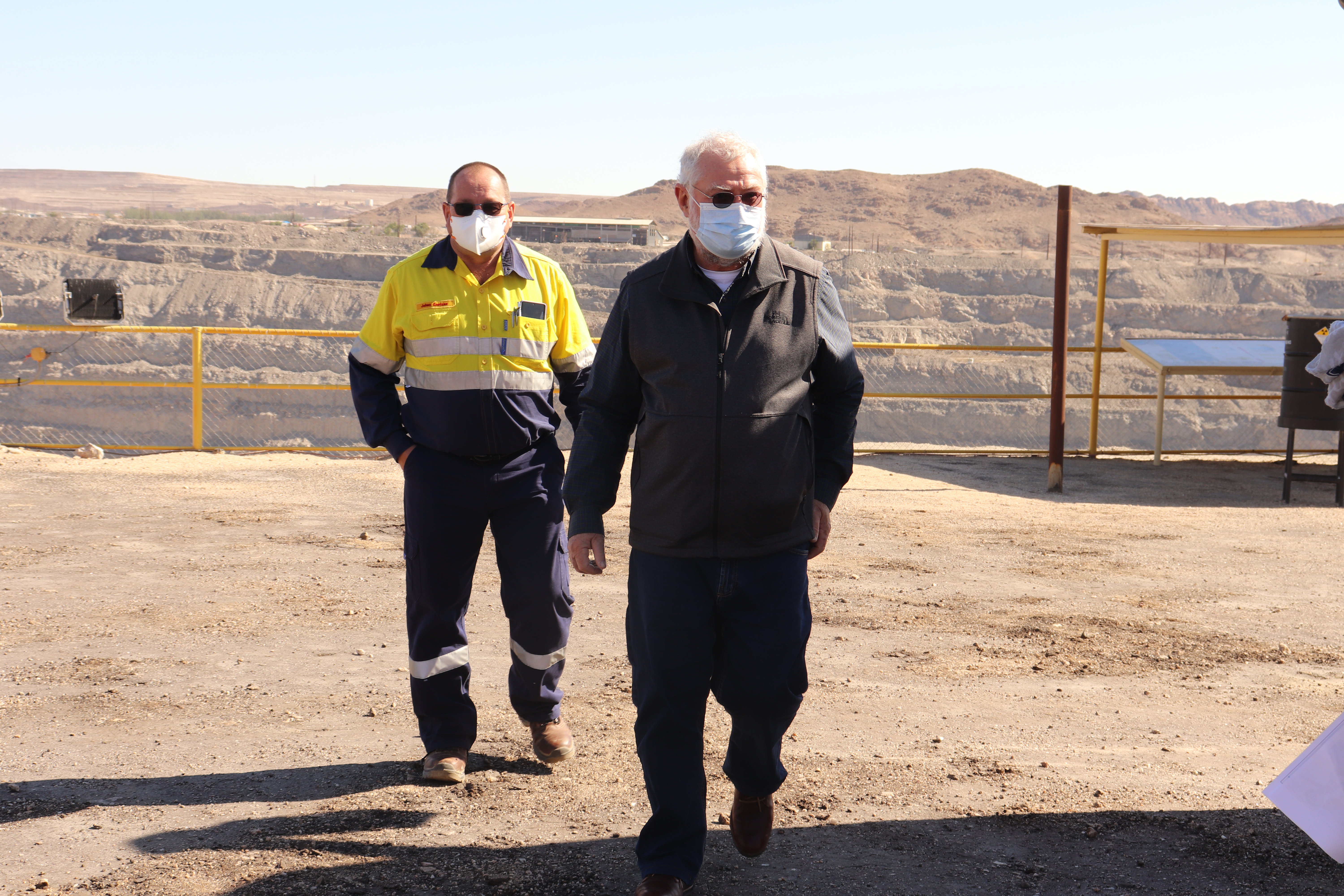 In the midst of the Covid-19 pandemic that lowered the demand for and sales of products and stopped many economic activities, including mining, the Rossing Uranium mine still managed to increase its production from 3.9% in 2019 to 4.4% of global output in 2020.

The chief financial officer of the mine, Shaan van Schalkwyk, revealed the results recently while briefing agriculture minister Calle Schlettwein.

In highlighting some key infrastructural challenges, he stated that in terms of water, the mine has 60 000m3
in near-site storage tanks which are supplied by a 700mm pipe from Swakopmund, of which the mine currently only uses 70% of capacity. This pipe is connected to the national water grid.

The risks specific to the execution of the 2021 budget, is the aged mining plant, the high level of amphibole schist material in blend, the impact of Covid-19 on the health environment and the supply chain as well as the logistics environment, unplanned water outages, labour disruptions and mining licence conditions.

On future opportunities, Van Schalkwyk noted that the mine is focusing on phase four of expansion, where there is a potential to extend the life of mine by eight to 10 years. Also, there is adequate waste dump volume remaining for life of mine within phase four.

The mine’s tailings facility will also require expansion to accommodate the new phase, with a new option analysis completed in 2020. The open pit is currently 3km x 1.5km and 390m deep.

Furthermore, the current desalinated water supply is expensive. “Only the two operating mines are carrying the costs, while the municipalities and other bulk off-takers are not carrying their fair share. While Namwater sometimes takes up some of the operational costs, the electricity cost is fully carried by the two mines. The cost structure is complicated, and administrative errors in the calculation often creep in,” he stated.

On pumping rates, Van Schalkwyk said this carries a maintenance cost to have Omdel supply the mine in case of emergencies. He added that the reality is that Omdel is insufficient to provide water to the various towns, and therefore this becomes a sunk cost with no return.

“There is a 15% profit margin on the pumping rate for Namwater, despite the Act stating that bulk water users are to be negotiated with on a recovery basis,” he continued.

Furthermore, the original building costs associated with the 20 million cubic metre capacity of the Orano plant is conservatively estimated at N$1.7 billion. From adding the capital portions to monthly billings and extrapolating that to the offtake of all the operating mines’ portions of the assigned bills, Van Schalkwyk said the mines have already paid between N$2 billion and N$2.5 billion of capital. “Even with interest, the Orano desalination plant has already been paid for in full.”

The Rössing Mine is one of Namibia’s oldest established commercial uranium mines, and about 55% of the uranium is contained in uraninite, 5% in betafite and 40% in secondary minerals.

“Due to the variable nature of mineralisation, ore grade is most efficiently controlled by radiometric scanning of loaded haul trucks,” he explained.