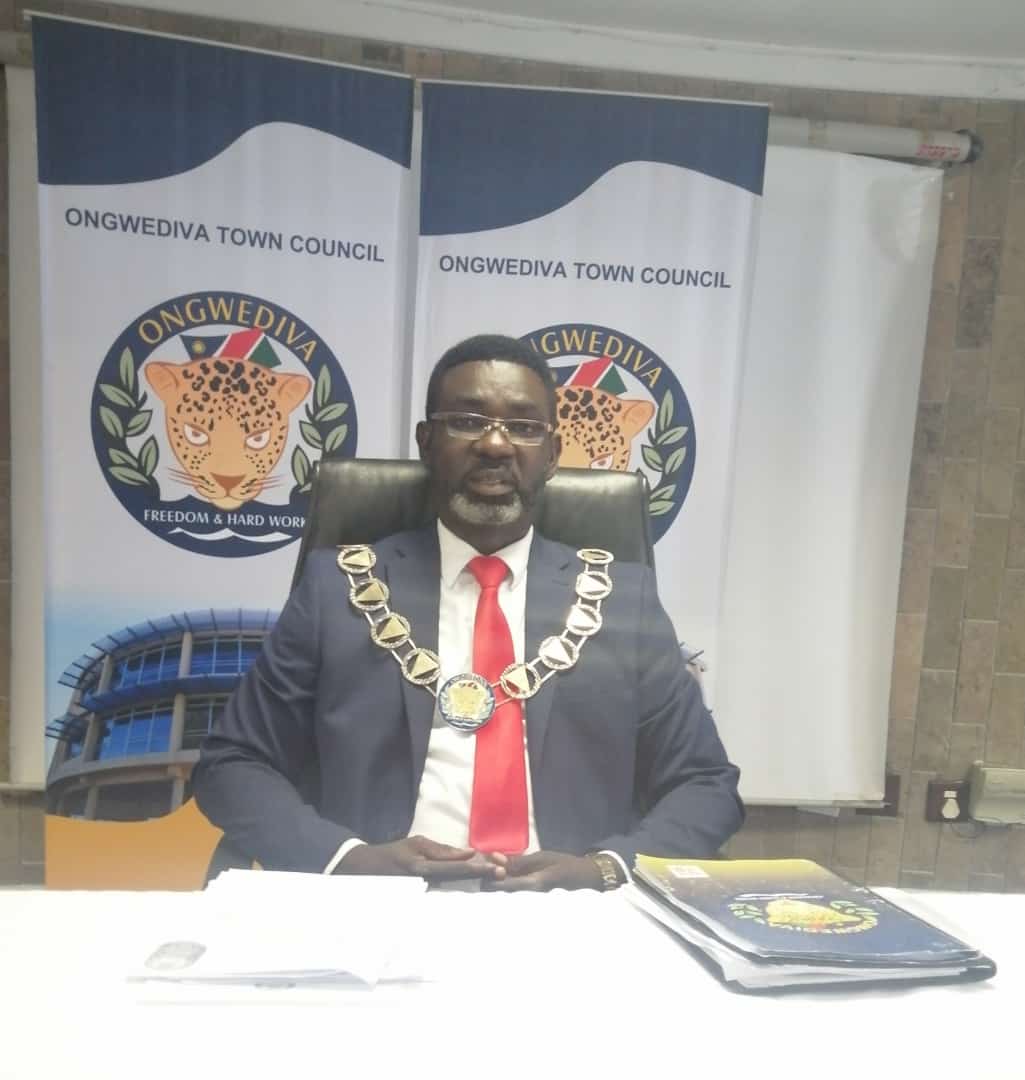 Taarah Shalyefu was re-elected Ongwediva mayor and said he will look at concerns, complaints and outstanding issues related to land distribution in the town.

All other office-bearers, including deputy mayor Ulalia Katonyala, were also re-elected for another year on Tuesday.

Shalyefu stated that the Ongwediva Town Council will make services available to all residents, particularly those with low incomes. Councillors and staff members are thus expected to be proactive and deliver quality and timely services to residents.

The mayor stressed that over the past few months, they have passed several policies aimed at accelerating service delivery to the people.

“Together with my fellow councillors and the entire Ongwediva Town Council management, we would like to admit that these are times where we are tested and challenged to redouble our efforts in order to record successes on land delivery, and in finding solutions to the problems and challenges facing our people,” he noted, adding that this can only be achieved if they all pull together in one direction.

“Elected councillors have made promises, and the masses out there are expecting quality services from us. Therefore, as per the mandate given to us by the law, we are asking you to work with increased speed in handling issues coming from the residents,” he stressed.

Shalyefu said the construction of a modern stadium at Elyambala is also underway, and the work of relocating the residents of Okalonda to Onawa and the Okandjengedi extension is progressing well.

“I am humbly requesting our residents to continue paying for services in order for the council to continue rendering the required services,” he urged. -fhamalwa@nepc.com.na