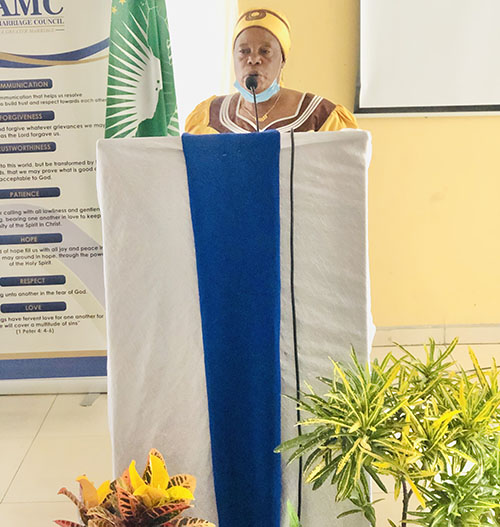 Statistics provided by the gender equality ministry also indicate that over 90% of teenage pregnancies globally occur in developing countries, and Namibia is not an exception.

The minister said despite the ministry enacting the Child Care and Protection Act of 2015, which sets out principles relating to the best interests of the Namibian girl and boy-child, early child marriages and teenage pregnancies continue to increase countrywide.

“Early child marriages are highly embedded in socio-cultural practices, to an extent where a girl-child is already earmarked for marriage even before birth. In most instances, the potential husband will be a much older person, rendering the girl-child to abuse and trauma,”

Sioka said during a two-day conference organised by the Namibia Marriage Council at Rundu this week.

She noted that most of the early child marriage cases reported indicate that young girls are offered to older men for economic gain as some families live in poverty-stricken households. “In today’s society, there has been a shift from the usual socio-cultural to socio-economic influences of early child marriages.

Because nowadays, young girls are often married off to older wealthy men for economic gains, or on the other side of the coin, the younger girls will move in with older partners for financial support,” she added.

Moreover, Sioka believes that early child marriages can be one of the contributing factors to the alarming teenage pregnancies in the country.