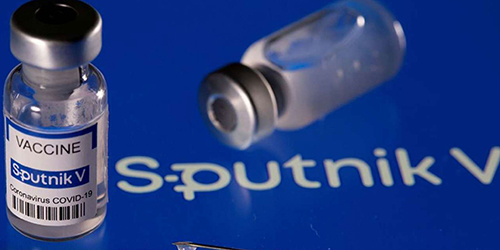 Former health minister Dr Bernard Haufiku said the general population should take note and be informed that the government is not injecting them with HIV as some are saying regarding the discontinuation of the Russian-made Sputnik vaccine.

Haufiku said this during a webinar with Namibia Media Trust (NMT), explaining in detail how Sputnik V came about and its future in the country – and what led to the suspension of the vaccine.

The reason for the discontinuation of the administration of the vaccine is out of an abundance of caution that men who received Sputnik V may be at higher risk of contracting HIV when exposed to it.

“Sputnik efficacy is over 90% - and I think it’s on that reason the Russian Federation decided to deploy to its population if before the WHO approves, which creates an even bigger problem,” said Haufiku.

He said it is unfortunate Namibia does not have local experts on medical products to look at the population and work around this ordeal.

“In a country like Iran, they have recommended that if you have received your first dose of Sputnik, which is the adenovirus-26 vector – which has not been implicated in this flagging by South Africa, you can use another adenovirus vector component such as the AstraZeneca or Johnson & Johnson – and leave out the component that has been flagged,” he explained.

He added: “This is an empirical intervention; we do not have studies proving that people can mix vaccines. In the long run, we will have to end up with hybrid vaccines. Combination component of the vaccine, I think, it is going to come up”.

Haufiku stated that Sputnik V is a vector vaccine; the actual biological product has been manipulated in such a way they have been inserted into two different types of viruses, adenoviruses.

Adenovirus is common in humans, as they usually cause flu – and some are in animals like chimpanzees. “What this company has done is they have captured two different types, the adenovirus-26 and the other is adenovirus-5, which are administered in that order.”

“For vaccines to be used for emergency use, they have to pass through a process of checks and balances, which is pertinent and encompasses the safety of the product. The World Health Organisation didn’t approve the administration of the Sputnik vaccine because of safety concerns,” he said. Haufiku added: “Adenovirus Type 5 has got some ability to stimulate latent HIV in a human being. The type of HIV that may be hibernating, once exposed to these proteins of this adenovirus, appear to wake up and multiply – and in that sense, you can pass HIV to the next person”.

The government has of late been under fire for allegedly administering expired vaccines. The director of primary healthcare services, Naemi Shoopala, said expired Sputnik V is being disposed of as per guidelines and not being used as some rumours are going around.

“The health ministry gazetted the list of vaccines that are allowed to be imported and used in Namibia; some of the vaccines listed there have received the WHO emergency use listings. Others have not been approved by the WHO, but have been approved in countries that have the stringent regulatory authority,” she said.

She added: “We do not necessarily test every medicinal property that is coming in Namibia; we have a guideline of using the report or products that are approved by countries. We can rely on their stringent regulatory authority. Sputnik was used in the UAE and showed good efficacy – and that was our departure point”.

Health minister Dr Kalumbi Shangula at a recent media release stated that Sputnik V stands a chance of being rolled out again as they await more information, further encouraging men to use condoms to minimise the risk of transmission.

“Let us wait until we get all the information. We may still resume the offering of Sputnik, so it is nothing conclusive; it’s just to be more on a precautionary side,” said Shangula.