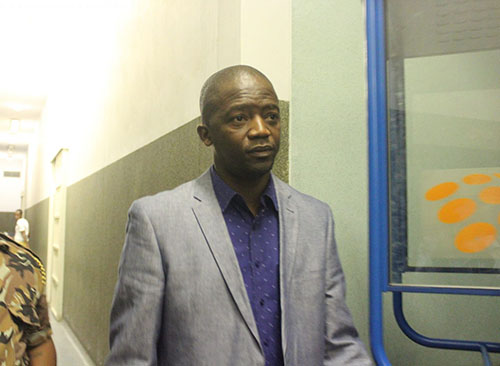 The State is seeking life imprisonment for a former military paramedic, convicted of intentionally shooting and killing his ex-girlfriend and mother of his child four years ago.

In November 2021, High Court Judge Naomi Shivute convicted Johannes Neuaka (44) on a count of murder with direct intent, two counts of attempted murder, and one charge of assault. All charges were read with the provisions of the Combating of Domestic Violence Act. He was also found guilty on the count of discharging a firearm in a public place, negligent discharge of a firearm, possession of an unlicensed pistol and unlawful possession of ammunition.

The conviction emanates from the death of his ex-girlfriend, Zya Juliet Shane Rittmann (25), whom he shot in the head on 21 January 2018. The two have a seven-year-old boy. During oral submissions yesterday, prosecutor Ethel Ndlovu said there is an increase in cases of domestic violence, and the court needs to send a strong message to would-be perpetrators.

She noted the sentence of life imprisonment is befitting, as Neuaka intentionally killed Rittmann. He also threatened to kill her two days before he shot her, said Ndlovu. She further submitted there was a pattern of abuse where Neuaka abused Rittmann until the day she died.

Ndlovu made an application to have Neuaka declared unfit to possess a firearm and have the 9mm Makarov pistol (the murder weapon) returned to its rightful owner.

Testifying as the state’s only witness in mitigation, Rittmann’s mother Goye Rittmann said she wants justice to prevail.

“I will never get my child back. My child (the victim’s son) has lost two parents now. But I want to tell you that aunty Lori has forgiven you,” said Goye to Neuaka, who was shedding tears in the dock.

Goye informed Neuaka his son is well taken care of, and she will continue to look after him.

Neuaka’s lawyer Mbanga Siyomunji asked the court to exercise mercy when meting out a suitable sentence.

“I say this with the utmost respect. There is no form of punishment that would bring the deceased back. But life goes on, and the court should not mete out a sentence that would break the accused but that of mercy,” noted Siyomunji.

He argued Neuaka, a father of 11, still needs to provide for his children. His oldest child is 23 years old and the youngest is seven years of age.

In addition, the court should also put into consideration that Neuaka has been in custody since his arrest in January 2018 and has shown remorse.

The court convicted Neuaka last year when it accepted the version of Rittmann’s 15-year-old sister, who is the only eyewitness to the murder.

She informed the court she saw Neuaka pulling out a gun, pointing it to the victim’s head and shooting her in her mother’s home yard in Michael Angelo Street, Damara location, Katutura.

Thereafter, Neuaka allegedly jumped into a car and left. The court dismissed Neuaka’s version that Rittmann was accidentally shot when she grabbed his arm that was holding the firearm he had picked up.

Neuaka is due to be sentenced on 22 February.