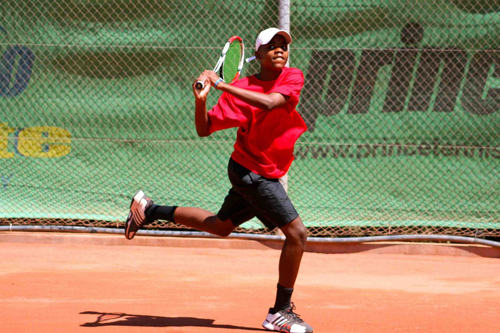 Tennis fans should brace themselves for an exciting year, with the competition schedule of the Namibia Tennis Association (NTA) containing a number of new events.

During Independence Day celebrations, fans can also expect another exciting tournament that will be held in the capital, while a senior tournament will also be played from 16-17 March in Windhoek.
In May, the ITF U/18 will take centre stage, where tennis players under the age of 18 will compete in this exciting tournament, before the men/women’s league will commence on 22 May and end on 29 May in the capital.

June will see about seven tournaments being held in the same month, starting the competition with NTA junior tournament at Swakopmund from 4-5 June, followed by the NTA senior tournament between 11-12.
The NTA school league will also take centre stage in the same month from 11-12 June.
Meanwhile, the much-anticipated Billie Jean Cup in Lithuania will take place on 14 June, which will see top local tennis players travel abroad to compete in the prestigious tournament.

The Davin Mixed Double T06 will be held from 18-19 June in the capital, while top players will also be expected to travel and compete in the Davis Cup that will be staged in Congo Brazzaville.
The men and women’s league returns on 26 October in Windhoek and will coincide with the hosting of the NTA annual general meeting.
In July, the Swakopmund junior tournament will take place again at the coastal town, followed by the men/women’s league that will continue from 10-17 July in the capital. Another junior tournament will be held in Windhoek between 23-24 July.
- mkambukwe@nepc.com.na