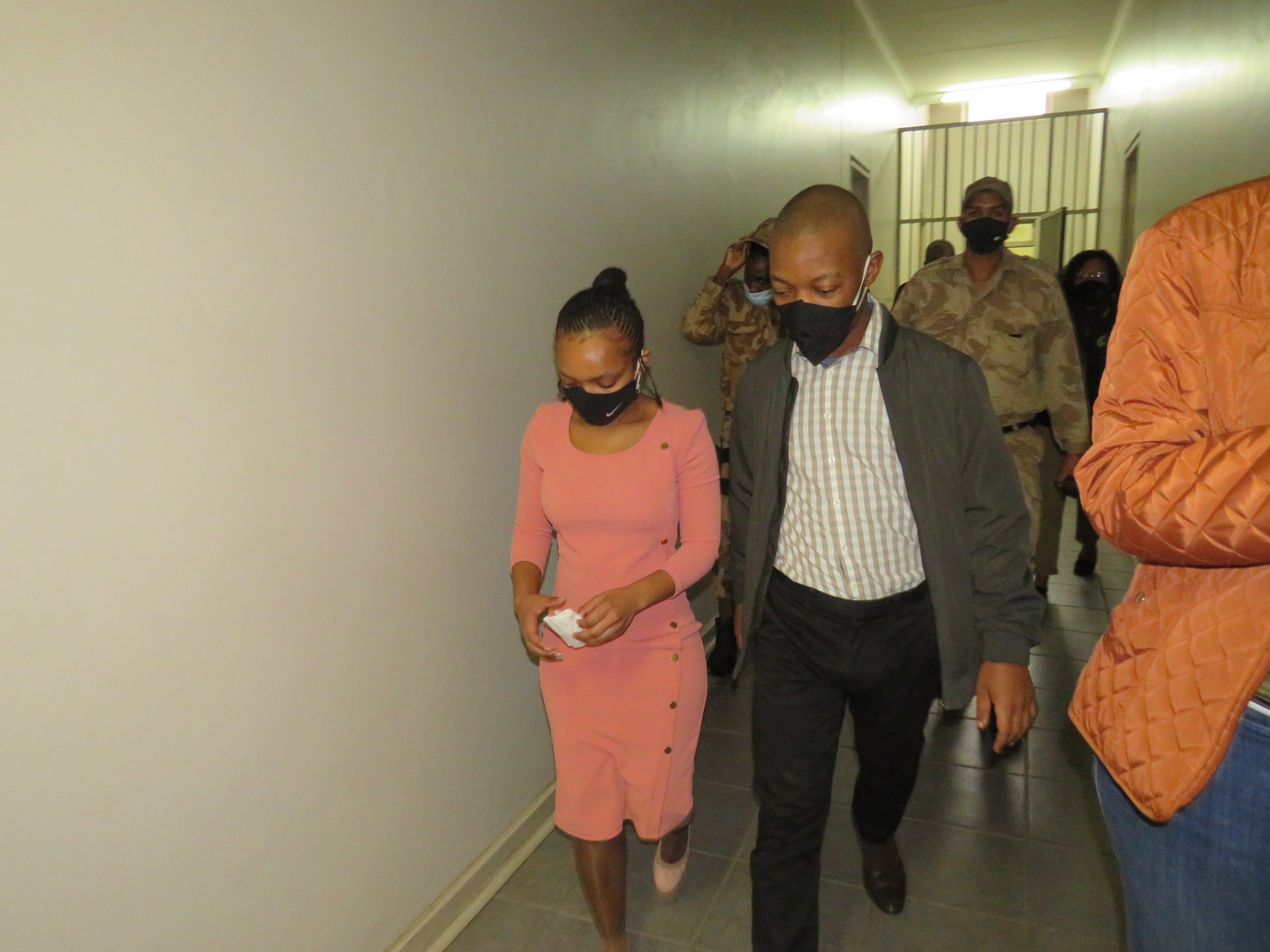 Shiyagaya said this during court proceedings yesterday after Madisia and Mulundu pleaded not guilty on all charges they are facing for the murder of Wasserfall, on instructions of their legal representatives.

Madisia, who was arrested last year in October after the remains of Wasserfall was found buried in a shallow grave close to the Dunes Mall at Walvis Bay, is facing four charges namely murder, defeating the course of justice, fraud and theft. Mulundu, her brother, faces two charges, namely murder and defeating the course of justice. He allegedly assisted his sister to move Wasserfall’s remains and subsequently handed himself over for his involvement shortly after his sister’s arrest.

The first accused, Madisia, reported Wasserfall missing in a written statement on 10 April 2020. “They knew that their conduct will frustrate the State by hiding evidence of the assault perpetrated against the deceased,” Shiyagaya told the court. Shiyagaya further explained Madisia, between 10 April and 11 November, unlawfully killed Wasserfall and transported her body from her residence, a flat, to the dunes.

“The suspect unlawfully also threw away the deceased’s cell phone and SIM card and also cleaned out the blood inside the flat,” Shiyagaya said.

Wasserfall’s remains were ultimately found in October last year after an anonymous message was sent with the exact location of her shallow grave to her father and the police.

Shiyagaya also said that Madisia faces further charges of fraud and theft that she has committed between 25 February and 22 April last year. She then explained Madisia during that time claimed N$6 500 for an Acer laptop and N$14 290 for an iPhone from Old Mutual Short-term Insurance Brokers.

According to Shiyagaya, the items were never lost, hence the charges. Their legal respresentatives, Tanya Klazen and Albert Titus, during the proceedings, indicated that their clients will not make statements regarding their pleas but will exercise their rights to remain silent on all counts.

“We also, at this stage, will not disclose any witnesses but they do reserve their rights to call witnesses should the prosecutor general instruct that they be arraigned for trial,” Klazen and Titus said. Meanwhile, Madisa and Mulundu will apply for bail next week in the Walvis Bay Magistrate’s Court.