Home / Opinion: We can combat climate change together

Opinion: We can combat climate change together 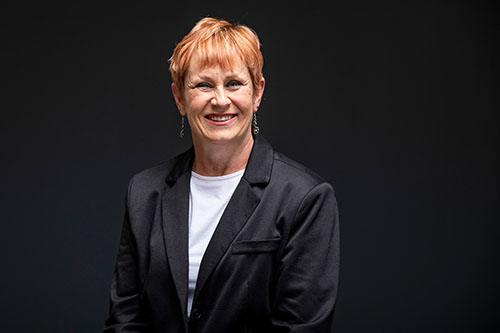 Since the early 90s, the international community has committed to tackling the climate change issue, but with little implementation of the suggested remedies. Instead, there is a marked increase in the effects of climate change worldwide. In 1992, the United Nations Framework Convention on Climate Change (UNFCCC) identified the dangers of climate change by adopting the Earth Summit in Rio de Janeiro, Brazil. The agreement, signed by participating nations, requires the world to reduce emissions and mitigate the greenhouse effect.

In 1995, the United Nations hosted the first Conference of the Parties (COP) in Berlin, Germany. Comprising all signatories, COP is the supreme decision-making body of the UNFCCC. COP’s primary purpose is to negotiate and make collective decisions to contribute to the fight against climate change, where each meeting builds on successes and shortcomings of resolutions passed from the previous ones.

In the run-up to COP 26, which started on 31 October 2021, the importance of mitigating the climate crisis is in the spotlight. Climate change is happening faster than initially anticipated, with the world recording historically high temperatures and disastrous weather patterns. Multiple reports highlight the world’s lack of commitment to the targets set in previous COPs, such as the annual $100 billion made by developed nations to fund poor developing countries to build resilience to climate change.

In the 2020 BioScience journal, 11 000 scientists endorsed the climate crisis. The article states, “We declare clearly and unequivocally that Planet Earth is facing a climate emergency. To secure a sustainable future, we must change how we live. Doing so entails major transformations in the ways our global society functions and interacts with natural ecosystems.”

As a country extremely vulnerable to climate change, Namibia has to secure a sustainable economy and propel sustainable development.

In 2015, the world came together at COP15, which resulted in the Paris Agreement, a legally binding international treaty on climate change, to which Namibia is also a signatory. The outcome of COP15 was to limit global warming to below two degrees Celsius (°C), with a target of 1.5°C compared to pre-industrial levels. To achieve this goal, all signatories must be committed to reducing emissions, becoming more adaptive and helping combat climate change.

On the 75th anniversary of the United Nations in 2020, the organisation highlighted that rising global temperatures fuel environmental degradation, melting polar caps, increasing natural disasters, food and water insecurity, economic disruption, conflict  and terrorism. As a result, it is time for bold collective action and individuals each making our small contributions to the fight against climate change.

Namibia has taken the fight against climate change seriously, and became the first country in Africa to incorporate environmental protection into its Constitution after independence in 1990. The Government passed a law enabling communities to set up “conservancies”, giving communities the right to manage and benefit from their natural resources. Namibia has invested in climate adaption projects such as the Climate Resilient Agriculture in the Vulnerable Extreme (CRAVE) Project, or the SUNREF Programme through the Environmental Investment Fund. CRAVE addresses climate-related challenges faced by farmers in northern Namibia. At the same time, SUNREF allowed various independent power producers to receive financing to develop Solar PV projects to build the country’s capacity to produce its power.

In another commitment to fighting climate change, Namibia, with support from partners and donors, issued a bid for the production of green hydrogen. The initiative indicates Namibia’s ambition to become Africa’s first carbon-neutral country and a centre of renewable energy. “Green hydrogen” — hydrogen made without fossil fuels — is a clean energy source that could be instrumental in net-zero emissions worldwide.

A connector of positive change

Bank Windhoek is a pioneer in sustainable finance, with the Green Bond and a Sustainable Bond issuance in 2018 and 2021, a first for commercial financial services’ institutions in southern Africa. Subsequently, Bank Windhoek became a member of the National Association of Securities Dealers Automated Quotations (Nasdaq) Sustainable Bond Network in New York.

Sustainability or Green Bonds, also known as “use-of-proceeds bonds”, are financial instruments utilised to raise additional sources of funding exclusively applied to finance or re-finance a combination of green and social projects. For instance, the Green Bond funded seven solar photovoltaic projects with the N$66 million raised, within 12 months after its issuance. The issuances of these types of instruments are a trend that financial institutions are following in Africa, and a clear demonstration of their commitment to redirecting funds into responsible investments, moving from traditional profit-focused investments that disregard environmental and social considerations.

Bank Windhoek has also ring-fenced a portion of the Sustainability Bond proceeds as part of its offering to customers to apply for funding to finance small-scale sustainable solutions. The unique Sustainability Loan offering encourages investments in energy and water efficiency, renewable energy and sustainable agricultural projects to support Namibia’s transition towards a low-carbon and climate-resilient economy. Each project will be dealt with on a case-by-case basis, and the final terms and conditions are based on the finance applicant’s repayment ability and the overall risk profile of the project.

Covid-19 has accelerated the demand for innovative financial products. The pandemic is also indicative of how our environment can change and drastically impact many facets of life. To become resilient and adaptive, it is up to us to take charge and play our small part in the greater scheme of things.