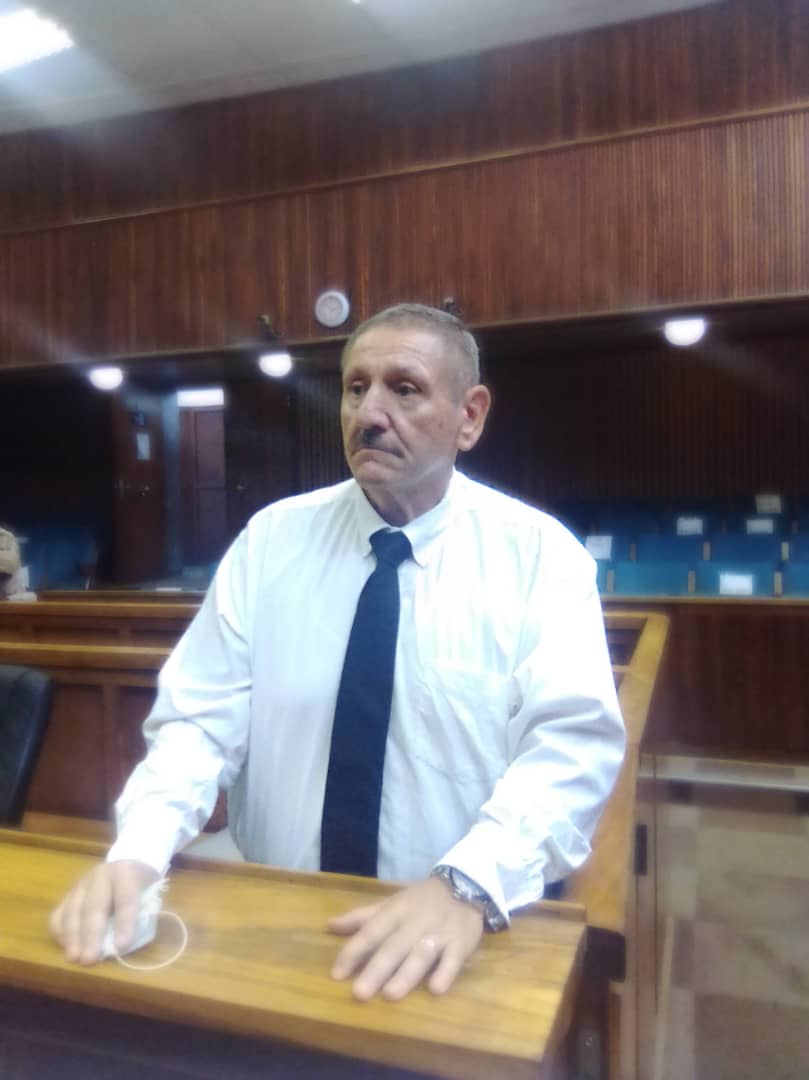 A witness in the double murder trial of former Namibia Institute of Mining and Technology (NIMT) fitter and turner instructor Ernst Lichtenstrasser yesterday told the High Court she saw a white pickup driven by a white man on the grounds of the institution on the morning of the shootings.

Karolina Tsuses, who is the fourth witness to testify, told the court on her way to work at around 06h50 in the morning she observed a white pickup with rails driving on the grounds of NIMT and that it flew past her when she entered the surrounds of the campus. She further said it was driven at fast pace and that she could not make out the identity of the driver, only that he was white and wore very dark sunglasses.

“I was surprised to see someone – a white man – driving on that road so early in the morning as that road is normally not used,” she said.
Tsuses added the road is a very old one that is mostly used by employees of NIMT to go and discard refuse.
She further said the vehicle reminded her of someone she had come to know as “Steven”.

Deputy prosecutor general Antonia Verhoef showed the witness a picture of the pickup belonging to “Steven” and she confirmed it was the same make of car, but only that it had rails on the back instead of a canopy as was depicted in the photo.

The State is alleging that the vehicle Tsuses saw was the vehicle Lichtenstrasser arrived with at the campus to carry out the alleged killing. Tsuses further told the court when she arrived at the campus, she found two students in the dining hall who had helped themselves to bread as no breakfast was prepared.

She further said that while she was talking to the students, she saw the blue and red lights of a police van approaching, forcing her to investigate outside.

According to her, she normally does not enter the campus through the front entrance, but from a road at the back that leads to the student accommodation and the dining area.
She further said that when she went to see what was going on, she was told that the two executives of NIMT were killed and she did not go any further.

The 59-year-old Lichtenstrasser is on trial for the alleged murders of NIMT executive director Eckhardt Mueller (72) and his deputy Heinz Heimo Hellwig (60).
It is alleged by the State Lichtenstrasser, a former lecturer at the Tsumeb campus of NIMT, shot and killed Mueller and Hellwig at Arandis on 15 April 2019.

He is facing two counts of murder, two counts of possessing a firearm without a licence, and further charges of possessing ammunition without a licence, defeating or obstructing the course of justice, theft and the unauthorised supply of a firearm and ammunition.
He denied all allegations against him when he pleaded to the charges in the Windhoek High Court before Judge Christie Liebenberg.
The trial is continuing.
-rrouth@nepc.com.na