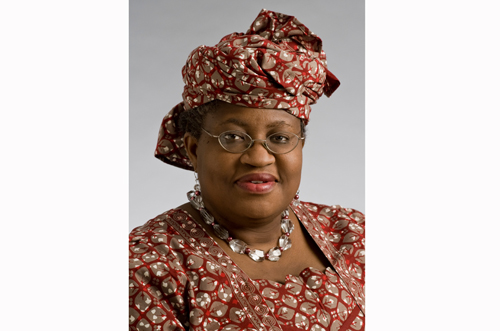 With Nigeria’s former finance minister Dr Ngozi Okonjo-Iweala being confirmed as the new director general of the World Trade Organisation, Namibia has implored the global trade body to look into specific trade issues affecting the continent. Amongst her many priorities, these include fisheries and agricultural subsidies and unfair trade practices such as product dumping into African markets and other developing nations.

Okonjo-Iweala is a Nigerian-American economist and international development expert. On Monday, 15 February 2021, she was appointed to lead the WTO effective 1 March 2021 when she will become the first woman and the first African to hold lead the WTO. The Harvard-educated Okonjo-Iweala spent 25-years at the World Bank as a development economist, where she gradually climbed the ranks to become managing director of operations.

Wishing her all the best in her new role and many successes, Elijah Mukubonda, spokesperson for the Ministry of Industrialisation and Trade (MIT), said other issues the ministry feels need the WTO’s attention are property rights, such as geographical indications and traditional knowledge as well as equitable access to WTO dispute settlement.

Mukubonda noted that Namibia wholeheartedly supported the candidacy of Okonjo-Iweala since the inception of the contest for the top job and said Namibia’s permanent mission to the World Trade Organisation (WTO) actively participated in the appointment process.

“Dr Okonjo-Iweala ascends to take the helm of the global trade body at a time where the Multilateral Trading System is faced with numerous barriers such as a wide range of institutional reforms; impasse on the appellate body; conclusion of the negotiations on fisheries subsidies and the impact of Covid-19 that has turned lives upside down in every sector leaving us with little to no hope with unprecedented challenges. She emerged as the best candidate on merit-based firmly in her education and experience. Dr Okonjo-Iweala has vast knowledge in global economy and trade, multilateralism, economic relations as well as states and international development,” Mukubonda stated.

He emphasised that the WTO should, as a priority area, finalise negotiations on fisheries subsidies that were launched in 2001 in line with point 14.6 of the United Nations Sustainable Development Goals. This point aims to “by 2020, prohibit certain forms of fisheries which contribute to overcapacity and overfishing, and eliminate subsidies that contribute to IUU (Illegal, Unreported and Unregulated) fishing, and refrain from introducing new such subsidies, recognising that appropriate and effective special and differential treatment for development, and least developed countries should be an integral part of the WTO fisheries negotiations”.

Okonjo-Iweala this week told BBC News that vaccine protectionism must be overcome to solve the debilitating pandemic.
“A phenomenon where rich countries are vaccinating their populations and poor countries have to wait” must be avoided. Her comments come as several countries tried to prevent the export of vaccines made within their borders in recent weeks. Okonjo-Iweala added that protectionism would hinder a global recovery, saying; “The nature of the pandemic and the mutation of many variants make this such that no one country can feel safe until every country has taken precautions to vaccinate its population,” she said.
– Additional reporting by BBC News