Up and close with the amazingly-talented Tjihero siblings

2022-03-25  Carlos Kambaekwa
Born and bred in the garden town of Okahandja to Festus and Maria Meroro-Tjihero, the energetic, sports-crazy light-skinned Tjihero siblings were all destined for greatness since their formative years.
View more

2022-03-30  Carlos Kambaekwa
There is a new sheriff in the village of Okondjatu, located approximately 190 kilometres northeast of Okahandja, in the vastly populated Otjozondjupa region.
View more

2022-04-01  Carlos Kambaekwa
Back in the day, during the time when there were no properly organised league structures for local football teams, notably those from the impoverished native [Bantu] settings, many teams were content to field the same starting 11 for very long periods, unless death struck or serious injury occurred.
View more 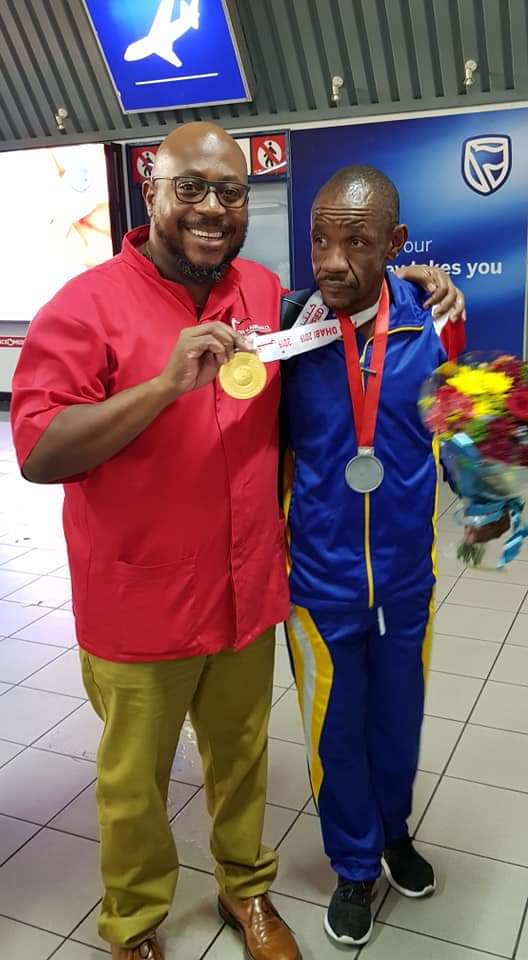 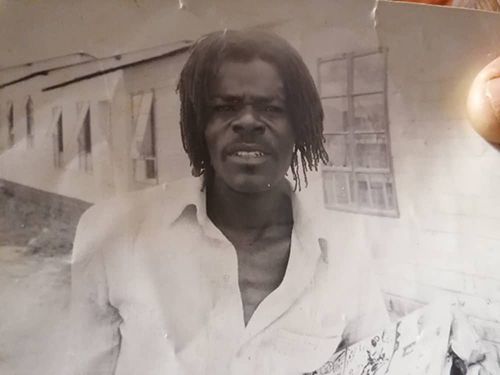 2022-04-11  Carlos Kambaekwa
Death has struck again, chalking off one of the most prominent home-based political activists Julius Accoty Ouseb, famously known as “Twice” amongst his vast circle of friends and comrades in the struggle for democracy from mother planet.
View more 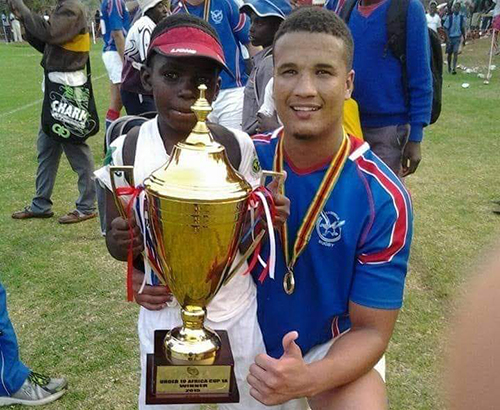 2022-04-14  Carlos Kambaekwa
A true gentle giant has taken a bow from the game of life to be reunited with his ancestors in heaven. The young McNab was a formidable, imposing loose-forward, who cut his teeth in the country’s top-tier rugby league, attired in the red, white and black strips of boyhood club FNB Rehoboth Rugby Club.
View more

2022-04-22  Carlos Kambaekwa
Just as the club was about to find closure from the shock departure of club legend Andreas ‘General’ Angala, another tragedy visited the close-knit family of Tigers Sports Club, following the sad passing of reliable young shot-stopper David Peterson.
View more 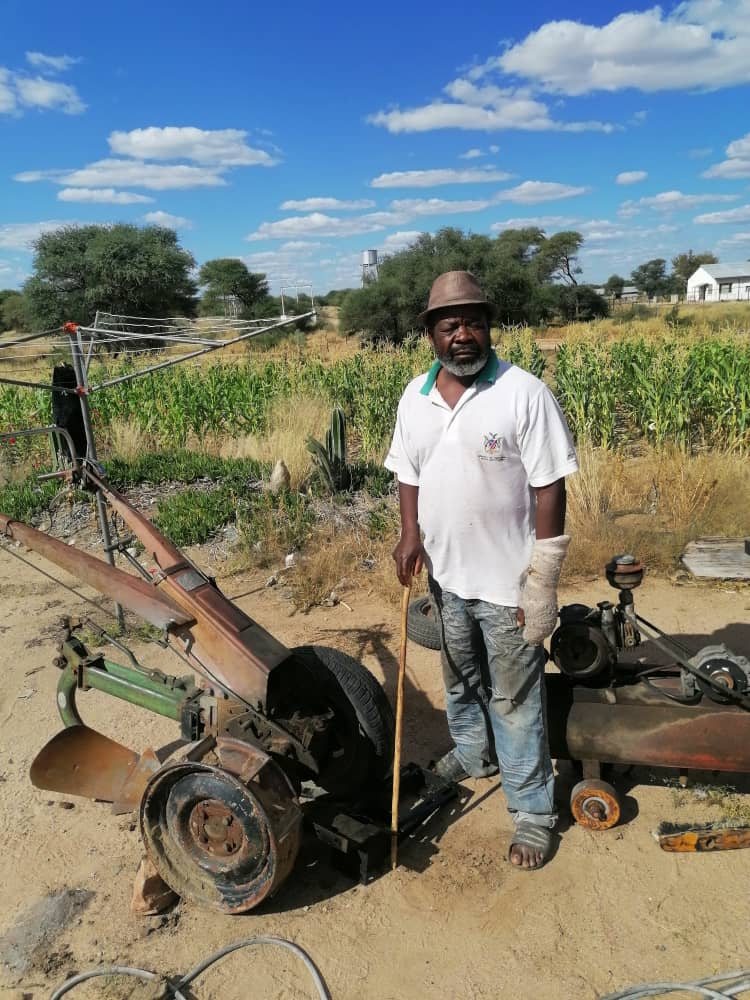 2022-04-29  Carlos Kambaekwa
Born in 1963 on a commercial farm, Otjarondu, in the Wilhelmstahl area, young Ruben Dausab found himself hobbling between farms in the historical Okasize surroundings, searching for pastures green under the care of his late uncle Dawid Boois.
View more

2022-04-29  Carlos Kambaekwa
Retired Dobra and African Stars Football Club goalkeeper James Vetoorora Muundjua will forever be remembered as a fearless political activist, who sent shockwaves through the community back in the day for frequently finding his name on the crime sheets of the notorious Apartheid regime. Amongst the many sword-crossing moments with the Apartheid regime, Muundjua once committed an act of aggravated
View more

2022-05-06  Carlos Kambaekwa
Utterly devastated by this devilish thing called death, the local sport fraternity and the rest of the world woke up to the devastating news about the tragic death of Namibian rugby icon Gerhard Mans.
View more

2022-05-13  Carlos Kambaekwa
Death has struck again for the umpteenth time in the last couple of months, which has seen a string of great men of substance and athletes alike all losing their precious lives.
View more

2022-05-20  Carlos Kambaekwa
He came, lived and conquered the pitches of domestic football, and former Blue Waters Football Club’s top marksman Neema Lemmy Lazarus will go down in history as one the most lethal goalscorers of all time.
View more

2022-05-27  Carlos Kambaekwa
“Life is eternal, love is immortal and death is only a horizon.” This is our carefully-chosen scripture on this dark Friday, as we pay dignified homage to a pair of departed great men of substance in the shape of Tigers Sport Club stalwarts Johnny Akwenye and Matty Namene Mwandingi, who have both gone to meet their maker.
View more

2022-06-03  Carlos Kambaekwa
Without a shadow of doubt, Abraham “Striker” Hengari was one of the most dangerous goalscorers ever to emerge from the Cattle Country (Gobabis).
View more

2022-06-10  Carlos Kambaekwa
Back in the day, before Namibia attained her much-anticipated independence from apartheid South Africa in 1990, there was an exciting, youthful football team going by the name of Cuca Tops which defined the destiny of domestic football.
View more 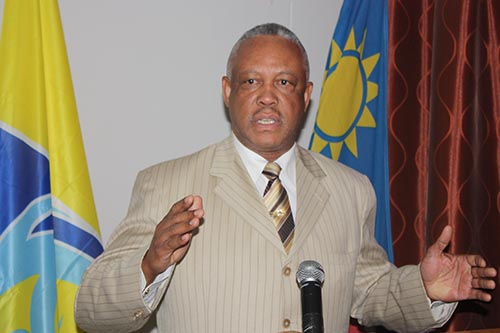 Veii: Kandjii should be honoured with tournaments

2022-06-15  Carlos Kambaekwa
Retired director of sport and renowned sports administrator Dr Vetumbuavi Veii on Monday called on local boxing promoters to honour the efforts and legacy of the late Ambrosius Kandjii by hosting annual boxing development tournaments that will be named after him.
View more 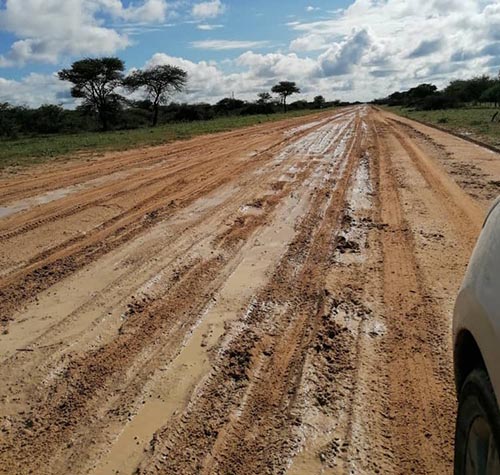 2022-06-15  Carlos Kambaekwa
Aggrieved community members of the Okondjatu district are up in arms over the constant shoddy construction work executed at the poorly developed village, north east of Okahandja, in the Otjozondjupa region.
View more

2022-06-17  Carlos Kambaekwa
It has been quite a hectic week for this author personally, emotionally and psychologically. Death is not always the end, it’s only the beginning, and grief is the price we pay for love. Think of death as just another step on your journey to eternity.
View more

2022-06-24  Carlos Kambaekwa
Martin Uri-Khob was a midfielder for leading Nomtsoub outfit Chief Santos Football Club, and was famously known by the nickname ‘Voete’ amongst his vast circle of friends and teammates.
View more

2022-07-01  Carlos Kambaekwa
When Namibia’s founding president Sam Nujoma, the first democratically elected leader of the Republic of Namibia, penned his autobiography; ‘Where others Wavered’, the veteran freedom fighter must have had Sandro de Gouveia, in mind.
View more