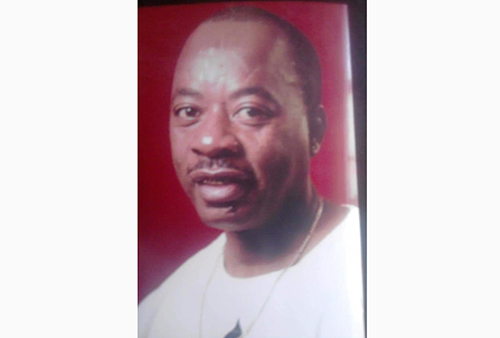 The author was part and parcel of Forra’s development during his formative years with the ‘Brave Lions of Judah’. A product of the notorious Police Camp enclave, a residential section east of Katutura, Forra made his debut in organised football structures at the tender age of 14 in the maroon/white strip of division two campaigners Hungry Lions.

An unbelievably prolific goal-scorer, the nimble-footed ‘Smiling Assassin’ brought a new dimension to the Lions’ traditional hit and run style of play. He could take on robust defenders with confidence, way belying his young age. Forra formed a telepathic partnership with the speedy Justice Basson, Kallie Billhawer and Issy Murangi in the four-pronged firing line. He played an instrumental role when the Brave Lions of Judah went on an amazing unbeaten run to clinch promotion to the elite Central Football Association (CFA) in 1983, without dropping a single point.

He represented his native land at junior level and was the preferred main striker alongside Frank Fredericks for the first-ever South West Africa (SWA) Under 18 mixed-race youth team that toured Cape Town, South Africa, in 1984. Tigers came knocking on the door for his signature and, as they say, the rest is history.

Forra became the mainstay of Ingwe’s new generation of exciting youthful squad. He netted the winning goal when ‘Ingwe’ dispatched Black Africa (BA) in the NFA Cup final in 1996. Forra represented his motherland with distinction internationally and scored Namibia’s first international goal against Mauritius at Windhoek’s Independence stadium. He was amongst the leading goal scorers when SWA won her third Impala Cup in Johannesburg in 1986.

The much-adored dribbling wizard started his blossoming football career with ambitious Katutura youthful outfit Sorento Bucks and scored in the 2-0 win against Free State in the final of the South African Inter-Provincial Impala Cup at the old Katutura stadium in 1985. Having won every available silverware there was to be won with Bucks in the lower division, it was time for pastures green elsewhere.

Lucky found refuge with BA, where he was to form a lethal partnership with Dawid Snewe, Smithley Engelbrecht, Kandas Paulino and Croocks Casper. Arguably one of the most entertaining ‘footies’ to have ever played the game on Namibian soil, the left-footed ‘Bazooka’ also featured for exciting Tseiblaagte outfit Young Beauty during his high school tenure in the town of ‘Kitmaro”.

He leaves behind a stinking rich CV, which includes impressive coaching stints with the Brave Warriors and led the national Olympic team to a historic victory over the star-studded Nigeria side in a continental qualifier in Windhoek. ‘Bazooka’ was chairman of BA Sport Club at the time of his demise on foreign soil. He died in the Groote Schuur Hospital in Cape Town.

A product of Okondjatu in the vast Otjozondjupa region, Eduard was the son of German settler, the late Billy Zimmer, whose spouse Suly is still alive, having clocked 101 summers on her back. The couple owned the old-fashioned General Dealer Store in the laid back village back in the day. Edu played club football for coastal side Atlantis and whilst still a pupil at the Swakopmund High School, he was bestowed with the captain’s armband for the SWA Under-18 Currie Cup side in 1964. The hard as nails defender also played professional football in neighbouring South Africa with Pretoria outfit Arcadia Shepherds.

My fingers are trembling writing about a great buddy of mine. Kayele was your typical old-fashioned winger for boyhood team Blue Waters and was part of the untouchable smooth sailing ship of ‘Omeya’ in the early 70s. Unfortunately, like many other aspirant young men at the time, Kayele got fed up with the apartheid system and decided to skip the country in search of better education opportunities abroad. He returned home upon Namibia’s democracy in 1990 – but by that time, he was a little bit long in the tooth to carry on from where he left off. The brother resolved to venture into the industry of sport writing and authored the institutional memory about the Brave Warriors, titled: 'From Toddlers to Warriors'. He was the brainchild behind the formation of the Brave Warriors supporters club and led the large delegation of supporters to Accra, Ghana for the biannual Afcon finals in 2008.

A schoolteacher by profession, Meester Legio started his football career with Kuisebmond outfit Eleven Arrows, where he rubbed shoulders with football greats Times Mwetuyela, Gabes ‘Flying Fish’ Mupupa, Heinrich Haufiku, Bossie Samaria, Tommy Uushona and Reinhardt Gaseb to name but a few. He relocated to the city of bright lights and joined forces with Rocco Swallows. He also had a short stint with Tigers, where he was reunited with former Arrows teammate Mwetuyela.

A multi-talented athlete, bra ‘Monty’, as John was affectionately known amongst his circle of streetwise buddies in the ‘Dal’, was a formidable footballer and rugby player, who excelled equally in both sporting disciplines. He played football for Khomasdal outfit Eleven Strangers and chased the oval in the colours of Villagers Rugby Club.

A no-nonsense defender, Monty played centre half for the Khomasdalers, where he rubbed shoulders with greats, such as free-scoring bulky forward Kiro Makati, nee ‘Diergaardt’, Oupie Nell and Johnny Madjiedt, amongst others.

A Jack-of-all-trades, Monty would be back in action on Sundays, switching his allegiance to the oval ball game (rugby), albeit temporarily for his beloved Villagers. The fearless scrumhalf was ranked amongst the most talented rugby players of his generation and was always highly praised for his amazing endurance, big engine and incredible will to win. Some of his celebrated teammates were: Dienie Waggie, Theo Hess, Klein Jan Bezuidenhout, Alan Pheiffer, Joey Robyn and Nimrod Williams.

Monty was the oldest squad member when Villagers toured Cape Town, South Africa for the annual Blakes Tournament in Stellenbosch in 1973. Despite his fairly advanced age, he would go on to play a pivotal role when Villagers clinched the Suidwes Star Hotel Trophy in 1975, the same year they were crowned Central League champions. May his soul rest easy!

Many people are unaware as to how the strongly-built striker got the nickname name ‘Blaar’. Well, the author has first-hand information; we were conducting soundcheck for a live gig at the Augustineum Secondary School Hall. The boys were enjoying a kicking around with a football on the sizable concrete surface next to the school hall. Some of the band members joined in the fun and the boys took a liking to the band’s hot bassist ‘Blare’ (real name John Camm) for his tricks with the spherical object. Soon afterwards, fellow pupils baptised him ‘Blare’, and the name stuck up to this day. The soft-spoken big frame socialite arrived in Windhoek from Aminius to further his educational aspirations and was one of the stars of leading hostel team Windhoek City. The team served as a feeder for ‘Starlile’. Youngsters Boas Tjingaete, Juku Tjazuko, Charles Ngozu, Lefa Ndjiruete, Sugar Mbapumbua and Colin Usurua graduated to the first team at different intervals. Upon completing his studies, ‘Blaar’ found employment at CDM in Oranjemund. He continued to play football in the mining town.