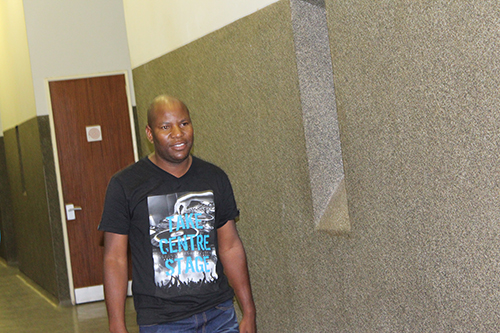 A former teacher, who allegedly stabbed his wife multiple times to death, is disputing the findings of a psychiatric report that found he is mentally fit to stand trial.

Patrick Geingob (39), through his lawyer Jermaine Muchali, indicated at the time of the alleged crime he had a medical condition that affected his ability to differentiate between right and wrong.

“From the instructions I got, I am not in the position to fully say the accused person is capable of following court proceedings,” said Muchali.

He submitted the report has an impact on how the trial will proceed.

Judge Herman January postponed the matter to 14 February for hearing.

Geingob is charged with a count of murder, read with the provisions of the Combating of Domestic Violence Act, one count of defeating or obstructing the course of justice, one count of assault with intent to do grievous bodily harm, and one count of common assault.

The State is alleging Geingob slapped his wife Merentha Geingos in 2011 with an open hand with the intent to cause her serious bodily harm.

He is also accused of slapping one Ragel Boois in the face.

It is further alleged he killed his wife in the kitchen of their marital home in Okuryangava by stabbing her with a knife 12 times in front of their children.

Geingos died on 14 April 2019. She was transported to the Katutura state hospital where she succumbed to injuries upon arrival.

During Geingob’s failed bail hearing, the court was informed that he arrived home late that night and had an argument with Geingos, which resulted in him stabbing her.

Court documents state Geingos and their children were asleep on the night in question when Geingob arrived and loudly demanded entrance into the residence.

Geingos opened the door and voiced her displeasure at his behaviour and went to the bedroom.

Geingob then allegedly went to the kitchen and armed himself with a knife and attacked her.

People who resided on the same erf managed to remove the knife from him whereafter he went to a friend’s place where he got rid of the clothes, it is further alleged.

Thereafter, Geingob handed himself over to the police.