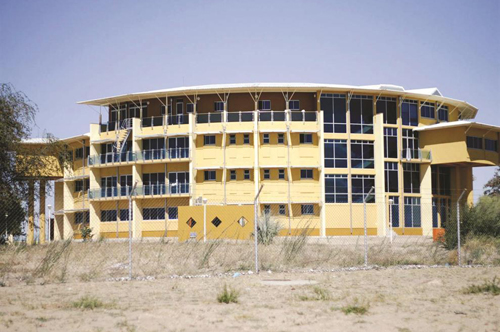 OMUTHIYA – Businesspeople, who had submitted bids for the Oshikoto Regional Council annual tenders, have been left agitated by the regional council’s decision to cancel the process.
In a notice, acting chief regional officer Victoria Kapenda said the annual bids were cancelled because they were not in line with the requirement of the Public Procurement Act of 2015.

The tender document costs around N$300 each, translating to council revenue of about N$300 000.
“The tender document fee will not be refunded because, on the advertisement, there was a clause indicating that such amount is non-refundable; hence, it is unfortunate,” said Kapenda when approached for comment recently.

“The national bids were advertised under the Tender Board Act, which is no longer in existence; thus, this could not be used, as it was not in line with the current Public Procurement Act. Therefore, under this new Act, projects will be advertised yearly to attract eligible companies, as opposed to the Tender Board Act that allowed council to choose from a list of companies that applied.”

Some bidders, who opted to remain anonymous complained to New Era, said the non-refundable clause is up for interpretation, as the fault was not on their part; hence, the regional council should be held accountable and refund part or the whole amount.

“This was entirely their fault; how can they use a system that is outdated. Now, we have lost a lot of money. Imagine N$600 for two tenders – then you have to multiply that amount across other regions, where the annual tenders were also advertised – and will subsequently be also cancelled. That is a huge loss; we are also struggling under these harsh economic times,” fumed one businessman.
- osimasiku@nepc.com.na