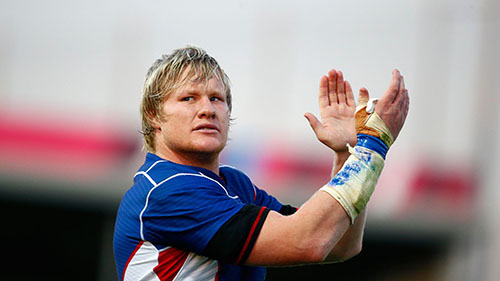 Namibian rugby veteran and former Welwitschias’ captain Renaldo Bothma is marvelling at the opportunity of playing top tier rugby again, this after his recent move to Israeli club Tel Aviv Heat, which campaigns in the European Super Cup.

Although details around the duration of his contract were not immediately available, the club recently announced on its website that they have signed the 32-year-old Namibian veteran.

“The Tel Aviv Heat is proud to announce the signing of experienced Namibian veteran Renaldo Bothma as one of the marquee players for the Tel Aviv Heat in the upcoming Super Cup Season. His track record speaks for itself, having played with the Bulls, Lions, Pumas, and Sharks before heading to England to play for Harlequins, Bothma is a no-half-measure, robust loose forward that will bring a considerable physical presence to the Tel Aviv Heat forward pack,” said the club.

“Bothma is sure to stamp his authority on the competition and will serve as an example to the younger players around him, leading from the front as he does best.” He represented Namibia at the 2015 Rugby World Cup, captained the side in 2016 and 2017 and remains one of the most capped players for Namibia. After a short break from rugby to focus on his business, Bothma has decided to re-lace his boots and get back into the Eastern Conference in the Super Cup.

“I am extremely excited to play some rugby again. I took a break from rugby to focus on my business the last year and a half. I am really excited to get back on the pitch and see how I can contribute to the team and continue my rugby career,” said an excited Bothma.