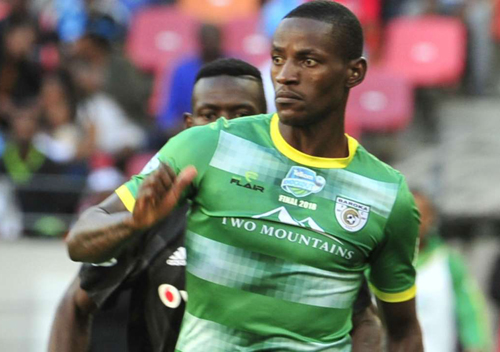 Namibian footballers plying their trade in South Africa’s top-flight Dstv Premiership continue to impress in the new season, with the likes of Mamelodi Sundowns’ talisman Peter Shalulile and Ananias Gebhardt of Baroka United turning heads with their performances.
On Tuesday evening during a DSTV Premiership match between Baroka United and TS Galaxy, Brave Warriors defender Gebhardt found himself on the score sheet as Baroka played to a 2-2 draw against TS Galaxy.

Pirates had defeated Esperance 1-0 away during the first leg of the preliminary round.
Another player that has been in fine form is goalkeeper Virgil Vries whose Moroka Swallows became joint log leaders with Sundowns after beating Cape Town City 3-2 in a league match on Tuesday.

Warriors assistant coach Robert Nauseb said the current form of the national players was a good sign that could benefit the senior side greatly.
“All the guys playing abroad are in good form right now, which is a good thing. Months back not most of our players would make the first 11 at their clubs, but for now, you can see the guys are in good form. Look at Ryan (Nyambe), he has been playing almost every week which I believe will benefit the national team,” he said.