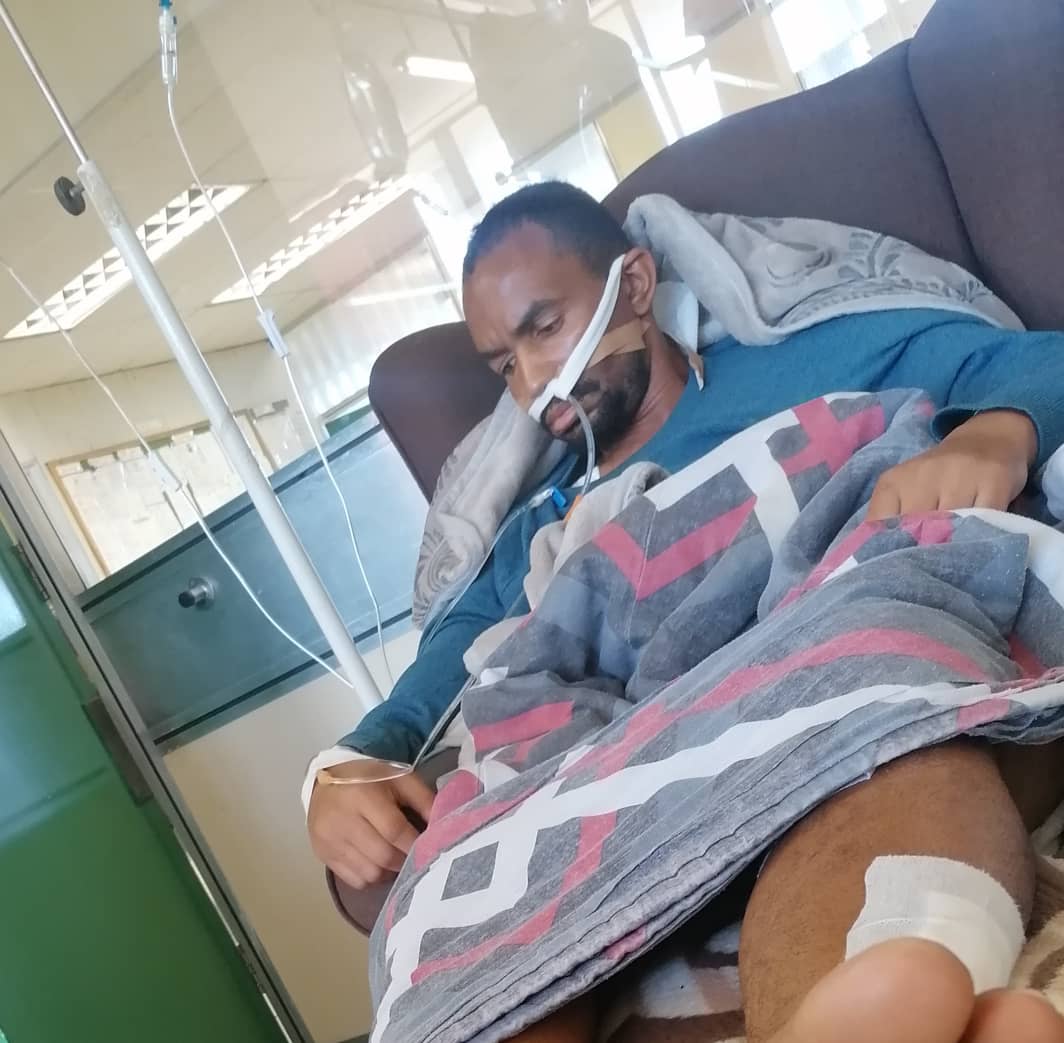 A Katutura man, who was shot and injured by a City Police officer, is demanding justice in the case he opened against the officer after he was discharged from hospital recently.

According to a police report, Marvin Tjiramba is accused of assaulting a member of the City Police, Sergeant Elias Eixab, during the curfew hours of last month.

Tjiramba explained on 29 May 2021 he was in Maroela, Katutura, watching the UEFA Champions League final in his neighbourhood at a friend’s house.

“The game finished past curfew – and on my way home, a City Police officer pulled up.

He rolled his car window down and asked what we were doing in the street; for which I replied that I was on my way home,” he said.

“He got out of the car angrily and came to slap me in the face; I raised my elbow to cover myself from the beating. Next thing I saw, he pulled out his gun and I started running. Without any warning shot, he shot me multiple times and I fell facedown.”

He further narrated although he opened a case against the police officer, he is still concerned why the officer is roaming free without being arrested.

“I stayed in the hospital for one month under police custody because of a case opened against me by the same officer who shot me. I was admitted to the intensive care unit and underwent several emergency surgeries on my intestines and bladder. The doctor attached a catheter to help me urinate while I was in hospital. I am now home with an ileostomy attached to my intestine to help my body collect discharge. I was informed that the bullet hit my bladder and my small intestine, leaving eight holes,” he said.

Tjiramba told New Era he has sustained permanent injuries and is in a lot of pain.

He said he wants a speedy prosecution in the matter so that justice will be served.

“I am self-employed; a father of four currently left with a condition that is making it difficult for me to put bread on the table for my children. My family, friends and the local community is disappointed that the police officer is still on the loose and still going to work as if he hasn’t attempted to kill me for no valid reason,” he complained.

According to City Police chief Abraham Kanime, Tjiramba was walking with a friend in the street after curfew hours and threw beer in the face of an officer, who was on duty, after the officer had approached them.

He said although the two residents were warned, one tried to attack the officer, which prompted him to defend himself.

“Yes, the resident sustained some injuries after he was struck by a bullet when the police officer fired warning shots. The officer acted in self-defence and the suspect was arrested and is in police custody,” explained Kanime.

Kanime, however, refused to divulge more information on the matter, referring this reporter to the Namibian police’s spokesperson.

Contacted for comment, Chief Inspector Elifas Kuwinga said the civilian was charged with assault with the intent to do grievous bodily harm, attempted robbery and violating Covid-19 restrictions.