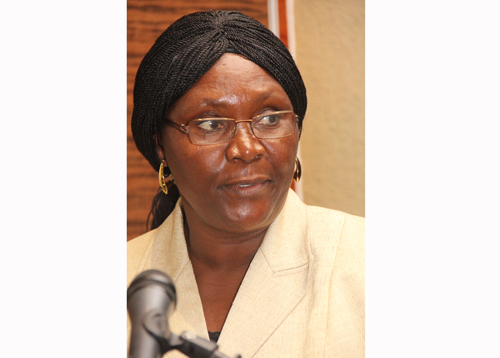 In an unexpected turn of events, prosecutor general Martha Imalwa yesterday questioned the amnesty extended to traffic offenders in the City of Windhoek, saying the act by the local municipal council was unlawful.

Late last year, city mayor Job Amupanda announced the municipality will grant amnesty to all motorists who have been issued traffic fines or warrants of arrest before 2 December 2020. At the time, Amupanda made it clear the amnesty extended should not be understood to mean that traffic laws are suspended but merely an intervention to provide a second chance to motorists.

“However, several conditions must be met for one to qualify for the traffic fine amnesty. These conditions include, but not limited to the offenders performing six hours community service as determined by the City and a traffic offence process and the system will be introduced, particularly with regards to taxi drivers, which may result in the cancellation of licence operations in Windhoek,” he was quoted as saying. However, Imalwa said the City has no mandate to deal with criminal cases, saying only a court of law could cancel or grant amnesty to traffic-related offences.
“When a warrant of arrest is issued, it means the person was given a chance to pay a fine which he did not pay,” Imalwa, who was recently reappointed for another five years, told New Era.

“If he or she fails to pay, he or she is supposed to attend court on the date indicated on the notice. Failure to attend court is already a criminal offence and no one has the mandate to withdraw a criminal charge, except the prosecutor general.” Imalwa said she has personally engaged Amupanda to correct him on the issue and to advise him on proper procedures to follow for courts to consider the amnesty proposal. She added there are platforms such as the criminal justice system where such issues can be tabled and discussed. Imalwa also cautioned against applying the law selectively.

“All people are equal before the law. The law cannot be implemented selectively to benefit a section of society,” she said. Imalwa’s sentiments were echoed by former city traffic chief and current chairperson of the National Road Safety Council (NRSC) of Namibia Elifas !Owos-Oab. According to !Owos-Oab, the municipality does not have the mandate to revoke traffic fines or suspend warrants of arrests.
“That is a political statement that is likely to cause commotion between motorists and traffic officers. The warrants of arrests are issued by the magistrate at court and only that specific magistrate has the power to revoke it,” said !Owos-Oab. During his address late last year, Amupanda also criticised the City for not doing enough to invest in proper taxi ranks.

“Taxi drivers, who exist at the lowest economic echelons of our city, are the hardest hit by these traffic fines. The City has invested very little in taxi ranks in the city, to an extent that several neighbourhoods are without taxi ranks. The Covid-19 pandemic exacerbated the situation which prevented taxi drivers (the hardest hit), from paying the astronomical traffic fines,” Amupanda said. The newly elected mayor also said a traffic offence process and system will be introduced, particularly with regards to taxi drivers, which may result in the cancellation of licence operations in Windhoek.  – ljason@nepc.com.na