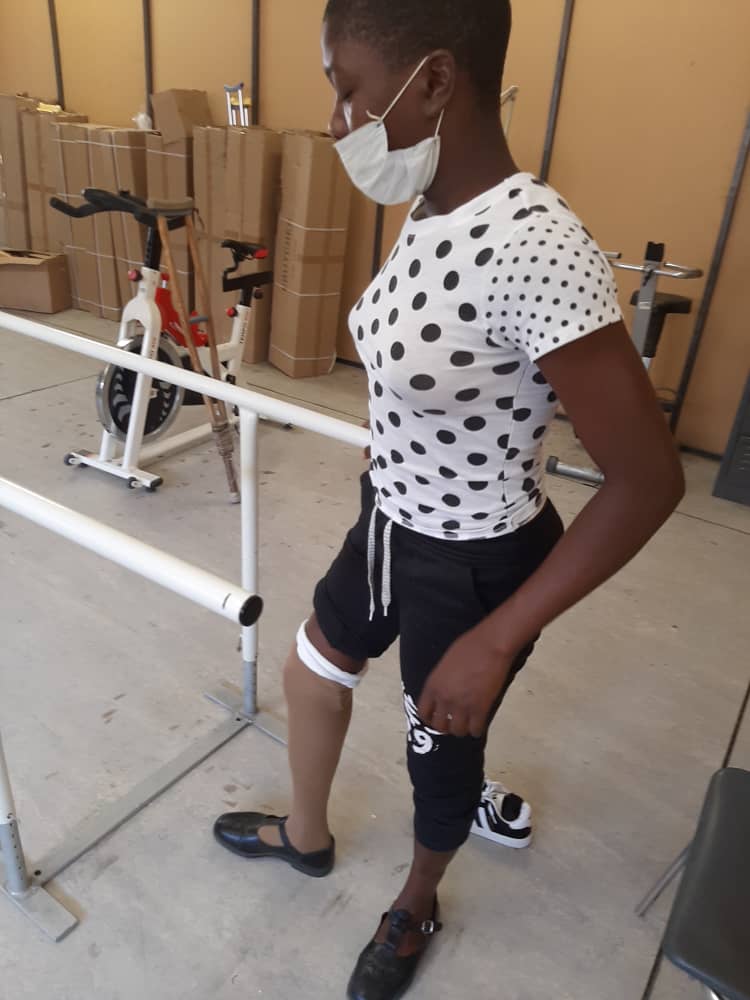 Okalongo constituency councillor Laurentius Iipinge has urged residents to approach his office when they are in dire need of support.
The councillor was speaking to New Era following a matter involving a 16-year-old girl from Onembamba village in Omusati region, and who has been forced to drop out of school, as her unemployed parents could not afford an artificial limb to help her walk properly.
Hamunyela Lyaadjatango was born with one leg and has been making use of old crutches to move around.

Iipinge said based on the information gathered when they investigated the matter that was published in a local daily, schools that offer grade 8 are far from Lyaadjatango’s home. Moreover, she was not admitted in grade 8 at a specific school that has a hostel.
According to Iipinge, the girl was forced to discontinue school due to her condition, despite having passed grade 7.
He added the young girl’s circumstances have compelled his office to act and provide her with an artificial leg.

“As we are speaking, the girl was awarded the artificial leg and also got the new crutches. It was done in a very short time but the family members have been silent on the matter until the time the young girl was forced to discontinue her education,” he said.
The councillor further said his office also secured placement for Lyaadjatango at the Haudano Secondary School, where she is also a hostel boarder.