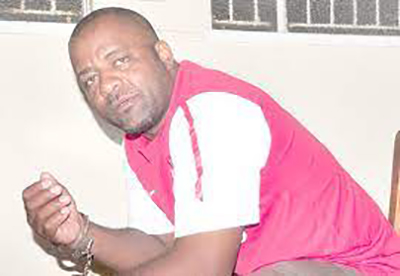 A clearly fed-up Windhoek High Court Acting Judge Alfred Siboleka stuck to his guns on Monday by refusing to allow another postponement in the long-running trial of the three men, accused of the murder of renowned stock theft investigator Hiambepo ‘Major’ Kazeurua.

The judge previously cancelled the bail of Stockley Kauejao (44), the main accused in the murder trial by using the powers invested in him according to section 68(3) of the Criminal Procedure Act 51 of 1977 as amended to cancel the bail.

On Monday, Salomon Kanyemba entered the fray as the latest legal representative for Kauejao and immediately set out to ask the judge to reinstate his client’s bail and to postpone the matter for him to properly consult with his client.

According to Kanyemba, who served as a prosecutor before entering the domain of private lawyers, he cannot consult at the Windhoek Correctional Facility properly.

He also said his client needs to be on bail to instruct him fully. The judge flat-out refused his requests and said the situation Kauejao finds himself is of his own making.In the same vein, Laura Pack, who recently came on board for Muvare Kaporo, withdrew as his legal representative, citing conflicting instructions.

Kaporo informed the judge he has already contacted legal aid, and they told him to come back yesterday to hear the outcome of his application. He, too, requested a remand for his new lawyer to familiarise himself with the case.

Similarly, Judge Siboleka refused his request, repeating that it is the accused persons’ own doing that they find themselves in this situation. Not even the assistance of Mbanga Siyomunji, who is on record for Mathew Kakururume, could sway the judge.

Siyomunji reminded the judge of a judgment he made, where he upheld an appeal where an accused was undefended and ruled that legal representation is constitutionally guaranteed.

Even this was not enough to sway the judge, and he told Siyomunji in no uncertain terms that even Constitutional rights have limits, and that the accused in this matter has exhausted the limits.

The judge was adamant the trial will continue.

Not even a change in the State’s representation was reason enough to change his mind.

Former State prosecutor Dominic Lisulo, who represented the State, resigned from the Office of the Prosecutor General, and he was replaced by Ezekiel Ipinge. Although Ipinge informed the judge he was ready to proceed, he also said should he come across something that he needs to sort out, he would ask for time. The judge was amenable to that, and ordered the trial to continue.

Kauejao, Kakururume and Kaporo pleaded not guilty to charges of murder, stock theft and defeating or attempting to defeat or obstruct the course of justice at the start of their trial.

They put the onus of proof on the State for each and every allegation against them. Kamutjemo pleaded not guilty to a charge of stock theft. According to the indictment, the accused conspired to kill Kazeurua to prevent him from tracing cattle they had stolen.

Kaporo and Kakururume ambushed and killed him by strangling him and throwing sand in his mouth to prevent him from breathing. This allegedly happened on 28 December 2012. The partly burned body of Kazeurua was found in an Aardvark burrow on 7 January 2013 after being reported missing days earlier.