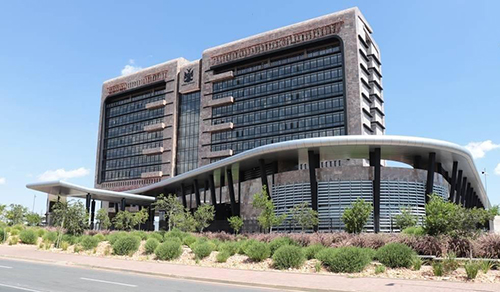 Covid-19 has been cited as the main reason for under- expenditure in the auditor general’s report on the
accounts of the ministry of home affairs for the financial year ended 31 March 2021.

The report indicated that there is an under-expenditure of 29% in seven divisions, with the division of refugee administration topping it with 10%.

The AG gave the ministry an unqualified audit opinion. In an unqualified report, auditors conclude that the financial statements present the institution’s affairs fairly in all material aspects.

The auditors explained that N$597 998 was underspent on remuneration because of a high staff turnover and for the 2019/2020 financial year, offices were operating on a rotational basis. That, according to the report, had an impact on the spending, especially for stationery, where underspending of N$204 216 is recorded. Because of Covid-19,  most of the trips planned for the financial year could not materialise because of the restrictions on travelling and the lockdown that was implemented during 2020.

In addition to that, an amount of N$63 639 was also underspent on remuneration as the minister was serving in two portfolios, and his personal assistant was seconded from another ministry for the first two months.

Another division that underspent was aliens control and citizenship that underspend with N$1.2 million,  which is 5% of the budget. The underspending occurred mainly on e-passport spending, with an amount of N$706 776  and remuneration with N$276 901.

The invoice for passport booklets was delivered late for payment. As such, the remaining funds could not be viremented where shortages were experienced.

“Due to Covid-19 restrictions, trips planned for the financial year were  not undertaken, accumulating  an amount  of N$110 543 on daily subsistence and travel allowances.

The AG said the civil registration department also underspent because of cumbersome recruitment processes. They were thus directed to implement vetting as mandatory for every vacancy to be filled, as  such interviews  were conducted  but vacancies were not filled as they are still waiting for vetting outcomes.