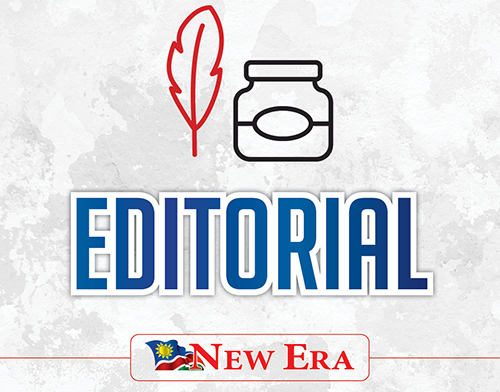 As the busy silly season continues to unfold, the attention of many Namibians is on the looming intra-party contestation of the ruling party, Swapo. The battle lines are clearly drawn as candidates and their supporters compete on social media platforms to win the hearts of congress delegates who will gather in Windhoek towards the end of November to elect a new vice president, secretary general and deputy secretary general. Social media is not only abuzz with posters of the nine confirmed candidates for the top positions. Prospective central committee members are also reaching out in an attempt to be noticed by congress delegates who will hold the key in deciding the future of Swapo, and by extension that of the country.

A seat at the table of the 85-member central committee should not be overlooked, given the proximity to power it enjoys. Mind you, the central committee is the highest decision-making body of Swapo between congresses. Politicians will, therefore, use this as a stepping stone to be noticed and increase their chances to be considered for future appointments and elections, including possible roles as parliamentarians. Amidst the campaigning fanfare, President Hage Geingob has been seemingly put under pressure to endorse his preferred candidate.

But this has, rightly so, not happened. Look, not much is said about Swapo’s growing maturity when it comes to internal contestations over the years. Bar 2007 when the top two were elected unopposed, the extraordinary congress of 2004 had three candidates contesting for the Swapo vice presidency.

Former president Hifikepunye Pohamba, the late party stalwart Hidipo Hamutenya and Nahas Angula had to battle it out. Pohamba would later emerge the victor after a re-run against Hamutenya. In 2007, the guided democracy principle was applied to allow Pohamba and Geingob to remain uncontested for the president and vice president role. In 2012, the party decided only Pohamba would be unchallenged, meaning the vice president, secretary general and deputy secretary general positions should be contested. In this instance, guided democracy was parked, allowing more candidates to contest against Geingob for the vice presidency. A similar fate followed in 2017 when all four positions were contested by a crowded field of candidates.

The 2017 congress was probably the most damaging in modern Swapo history when two factions emerged before the elective showdown. As a result, the party was divided, and this had an impact on Swapo’s performance in both the presidential and National Assembly elections in 2019.

Hoping to avoid a repeat of the damaging infighting caused by the Team Harambee and Team Swapo factions in 2017, the ruling party this time around laid down strict campaign rules, doing away with public rallies, while offering delegates a chance to be addressed by all candidates.

The incumbent has also refused to publicly        endorse a candidate in this regard. This, we believe, is a step in the right direction, which promotes harmony in the party, while allowing congress delegates to take ownership and charge of this important process. Delegates should not be seen merely as voting cattle.

The process also makes it easier for delegates to accept the outcome and embrace whoever emerges victorious. In any case, the incumbent’s popularity or lack thereof in the party does not guarantee substantial support to whoever he rallies behind. So, the non-endorsement principle actually works in favour of candidates who have to slug it out themselves and earn the popular vote.