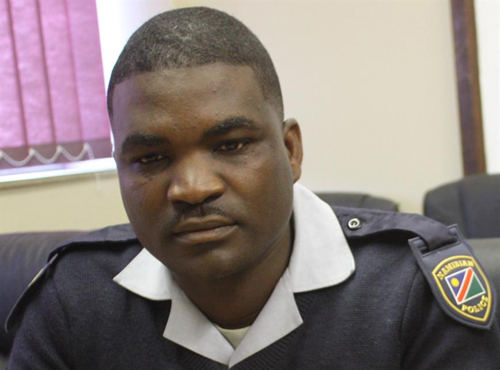 WALVIS BAY – The festive season was relatively peaceful in the Erongo region, with no major crime incidents reported to police, said regional community affairs commander, Inspector Ileni Shapumba. According to Shapumba, no road fatalities or major crimes were reported during this festive season, compared to previous years.

Briefing New Era yesterday, Shapumba said the overall behaviour of residents and visitors is commendable and appreciated by the police and other law enforcement agencies that ensured the safety of all in the region. “Our people behaved very well, and we are thankful in this regard,” Shapumba said.

According to him, they only charged five drivers for driving under the influence of alcohol in Walvis Bay and Swakopmund, while a further 16 drivers were stopped at the Karibib roadblock for arriving after the curfew.
He added that they also registered 10 cases of domestic violence as a result of alcohol abuse.

“However, we must applaud our shebeen owners and some night club owners who adhered to the Covid-19 regulations,” he said.
Shapumba expressed concern over some club owners who despite clear guidelines continued to sell alcohol from their homes and even went as far as throwing house parties, violating the number of persons allowed indoors.
“People know that we are dealing with Covid-19 that have killed so many people around the world, but still continue to ignore the dangers of the virus,” he said.

He then appealed to the public to continue observing the regulations and measures in place for Covid-19 to assist the government in curbing the further spread.

“We will soon focus on educating the public on the rules and regulations. Our next set of operations will see those who violate the rules being charged as we need the commitment of everyone to successfully fight this virus,” Shapumba said.
– edeklerk@nepc.com.na