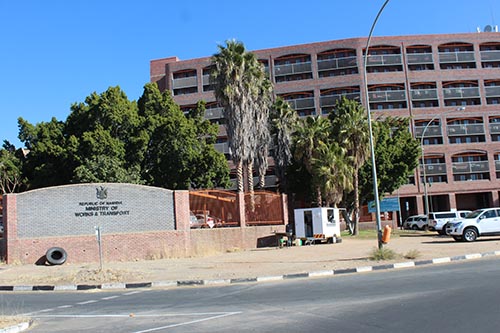 The government has collected N$77 million between 2019 and 2021 from renting out buildings, a recent audit report reveals. Through the department of works, under the auspices of the works and transport ministry, which is the custodian of government properties, the State also generated over N$100 000 from leasing parking spaces to various institutions across the country.

The information is contained in the department’s 2020/2021 audit report by Junias Kandjeke, the auditor general. During the same period, 34 government houses were sold for less than N$3 million in different parts of the country.

Back in 2020, the department collected N$38.9 million in rental fees. In the following financial year, N$38.2 million was generated from the leasing of state land and buildings.

All in all, the department generated total revenue of N$79.3 million, a bulk of it coming from rental proceeds, the report further reveals. When juxtaposed to the government’s own expenditure on the rental fees it pays to private owners, the contrast is stark. For instance, the government currently pays around N$500 000 monthly on rent for a building owned by property mogul Erastus Shapumba to house the Veterans Affairs’ office.

This  amount culminates to over N$30 million in just five years. It is estimated that the government spent around N$1 billion for renting office space between 2015 and 2018 alone.

Additionally, Kandjeke’s report shows that the Covid-19 pandemic threw spanners into the activities of the works and transport department, forcing it to put several budgeted projects on ice.

This saved taxpayers at least N$10 million in 2020. At the height of the pandemic, the government introduced a barrage of Covid-19 mitigating measures to help curb its spread.

Among them were dusk to dawn curfews, border closures and the suspension of flights.

The pandemic brought economic activities to a halt, while having a severe impact on service delivery. The department of works is not an exception in this regard, as it was forced to underspent its capital project management budget by N$1.6 million.

“The under-expenditure under goods and other services was due to a suppliers who failed to deliver a full set of complete computer units due to Covid-19 restrictions in South Africa,” Kandjeke says. The pandemic also meant workshops and training symposiums could not take place. Moreover, certain security upgrades at the works and transport ministry’s headquarters in the capital were likewise put on hold.

The department also had to slash its
spending on maintenance by N$5.6 million.

On other expenditures, the department paid N$5.2 million to finance the studies of 58 employees during the period under review.

“The accounting officer reported outstanding commitments amounting to N$23.4 million due to invoices submitted after the cut-off date and budget depletion,” reads another section.

When the audit was carried out, employees with in the department owed the government N$1.8 million. The amount was being deducted from monthly salaries, while 16 employees
were owed N$159 799.93 in subsistence allowances. The department’s records in terms of vehicles on hand further show that it has 53 sedans, 233 bakkies and combis and 24 heavy vehicles (lorries, tractors and buses).