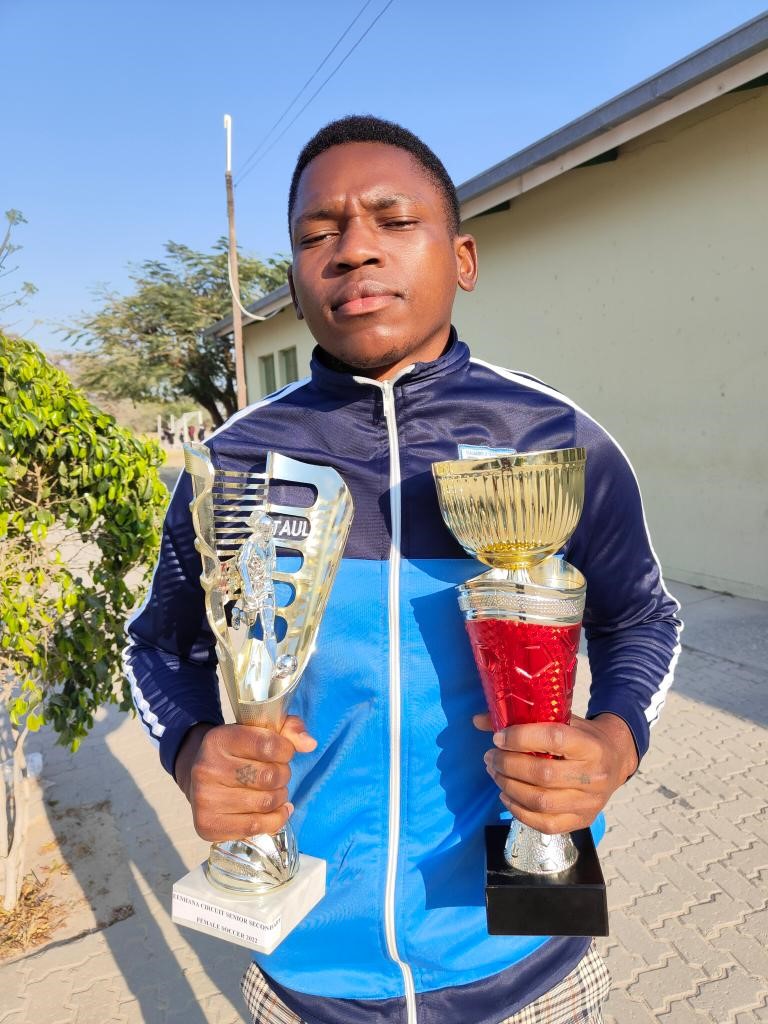 Haimbili Haufiku Senior Secondary School teacher Taula Hainghumbi loves educating so much that he takes it outdoors onto the football fields.

Hainghumbi believes teaching should be practised in everyday life and sport is the right place to genuinely implement it.

“Learners have different abilities and as educators, we need to open doors for all and help learners realise their dreams. It is, therefore, very important that learners should be given an opportunity to make use of their talent in football,” he told Youth Corner.

He coaches the school’s girls’ team because of his conviction that women should be equally respected and supported just as men are as they also dream big in sports.

“I’m with the girls’ school team since 2020 and I managed to get silverware on two occasions when we competed in two tournaments in the same year. 2022 is so far a great year for me and my players as well as the school, as we managed to be three times champions in all the tournaments we competed.”

According to Hainghumbi, they won trophies in all three tournaments they took part in this year in the Eenhana circuit.

The 25-year-old started coaching in 2020 after he realised that sport is a healthy and wise activity that can open doors for capable players through mentorship and hard work.

Hainghumbi said he always loved sports and genuinely supports those who participate in sports in favourable and unfavourable conditions; a sacrifice that he is really proud of.

He also plays football and always gives his best amid criticism, which he says is normal in football.

The proud Hainghumbi sang his team praises, saying the girls are well disciplined, which motivates him to remain committed to continue being their coach.

“Implementing discipline is all that matters and once you successfully succeed in that, you are good to go.”

The team’s only challenge is the lack of a training ground as the one they currently use is also utilised by other sports codes as well as the community.

Hainghumbi looks forward to training more girls who are interested in taking part in football at the Haimbili Haufiku SSS in the Ohangwena region. - fhamalwa@nepc.com.na