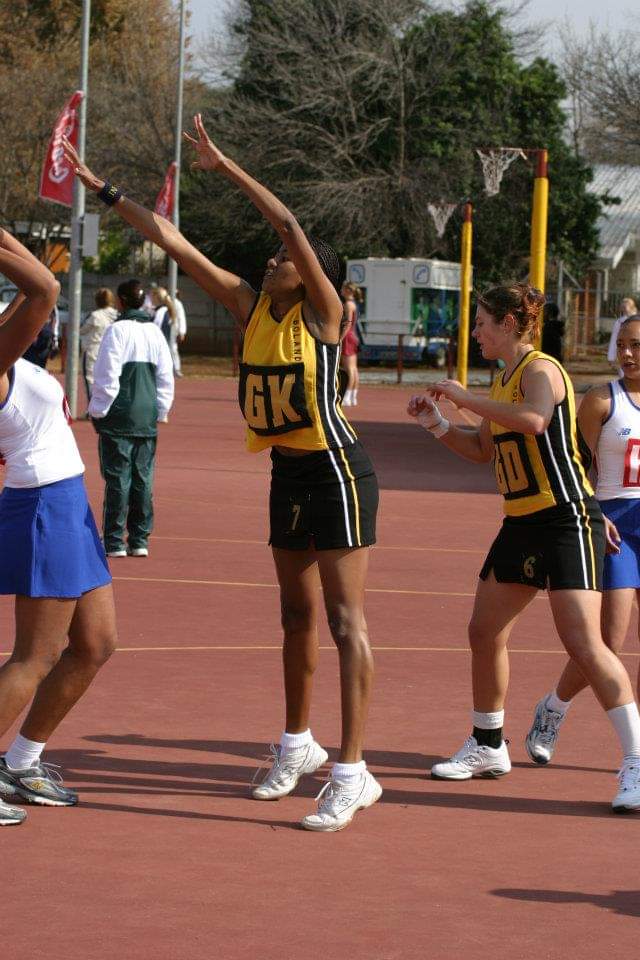 One of Namibia’s most underrated yet rare successful basket rattlers, Wency Katjatako-Ndjitaviua, will go down in history as among the finest athletes to have ever represented her native land with pride on foreign soil.

The tallish girl from the vast Kunene region set the domestic netball scene alight with breathtaking displays locally and regionally. Wency became the toast of the game’s ardent followers on campus, standing her ground in a sporting discipline generally dominated by white lasses in that neck of the woods, during her tenure as a student at the revered Stellenbosch University.

She would go on to represent the Boland provincial netball side and the South Africa A team with flying colours, in the process establishing herself as one of the university’s most reliable and valuable squad members. New Era Sport tracked down the likeable, soft-spoken net guard’s netball journey that took her across the Orange River.

The game of netball is fast gaining momentum among the local folks, all thanks to a few enthusiastic young girls, who have made it their sole province to take the game by the scruff of the neck, despite tough challenges facing the ladies’ game.

Netball is among the few popular sporting disciplines at schools’ level, and seems to have handsomely benefitted from the highly-competitive Inter-Schools Netball leagues in various age categories.

And whilst many school-going girls easily disappeared from the game from time to time, notably when they discovered life partners from the opposite sex, Wency and her close circle of friends would have none of that.

This author had the rare privilege of following her spotless netball career closely since her formative years, and is well-placed to narrate the unsaid astonishing sporting journey of this outstanding basket rattler with confidence and authority.

The cat-footed baby-faced beauty, whose gorgeous looks can be easily mistaken for that of a Hollywood movie star, was a mean competitor on the courts, taking no prisoners. She always led by example, and was the go-to girl when the going got tough.

Wency’s spotless netball career took off at the Outjo Primary School in the vastly-populated Kunene region and continued at the Otjiwarongo High School, where she completed Grade 12.

In the same year, she was selected to represent her native land at several regional competitions at youth level, and also moved up a gear when she was elevated to the senior national team for the African Championships in Ghana.

Although the much-adored versatile goal keeper demonstrated flashes of individual brilliance during her infant years on the netball courts, Wency only rose to prominence when she went to further her academic aspirations at the revered Stellenbosch Netball Institute in neighbouring South Africa.

“It all happened so fast. I was with the national team preparing for the upcoming netball season in Potchefstroom, South Africa. Unbeknown to us, some talent scouts funded by the New Zealand government were keeping tabs on me. They had a special scholarship programme for previously disadvantaged students who either excelled academically or at the sporting level.

In her first year at varsity, aged just 19, Wency was selected for the Boland under-21 side whilst playing for the Netball Boland Institute’s first team at the same time, and also made it into the South African under-21 training squad. She rewrote history when she became the first truly indigenous squad member of the institution, apart from a few coloured players.

Nonetheless, she could take solace from the fact that she was duly rewarded for her tireless efforts on the netball courts with selection to the Proteas A side, subsequently making her way to Boland’s first team and thus becoming the preferred number one goal keeper.

Despite the odds stacked against her, the Namibian managed to carve herself a place in the star-studded Tornadoes team, which was basically Boland’s Premier league representatives in the highly-competitive national netball league for a period of four years.

Next stop was the Mother City (Cape Town), where she joined forces with the Western Province A team, and also cut her teeth in the Premier league. In 2009, Wency represented her native Land of the Brave at the World University Games in Cape Town, and also played for the South Africa A squad, representing her adopted country in the African championships in Tanzania in 2011.

Wency’s near-faultless displays on the courts caught the eyes of the New Zealand Netball Fund talent scouts. She was offered an appetising scholarship to upgrade her God- given talents in the land of the Kiwis for a period of two years.

Unfortunately, her old lady would have none of that as she strongly felt the cat-footed goal keeper was hopelessly too young to sail across the Pacific Ocean without parental care.