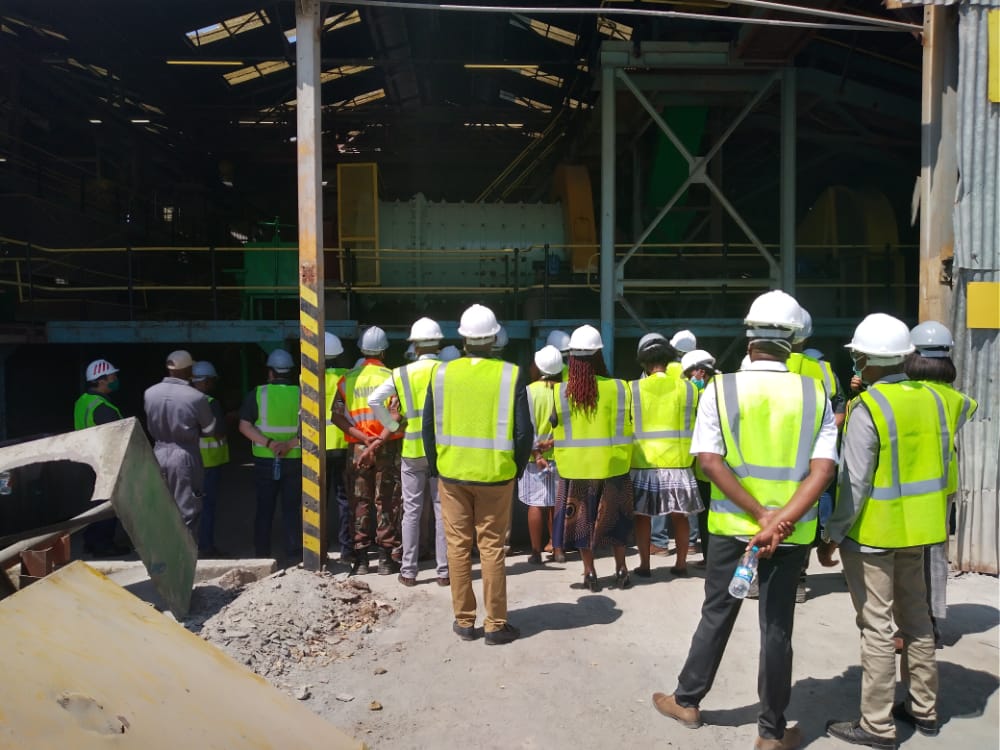 KOMBAT – Trigon Mining Namibia, which was handed the licence to re-operationalise the Kombat mine, committed to employing about 300 people during phase one and has already refurbished the sewerage system as well as set up an agricultural project to boost food sustainability.

The company has also said the number of employees will increase to 1 000 during the second phase.

The mine stutters into action more than 12 years since it closed down, following flooding that occurred due to a power failure.

The once dormant copper mine of Kombat is set to begin with mining activities in December, bringing a sigh of relief to thousands of residents, who depended on the mine but were now living in an almost abandoned town with no economic activities since it shut down in 2008.

Kombat’s ghost state is, however, coming to an end, as Trigon Mining Namibia has committed N$170 million towards this new venture for phase one, while a further N$319 million will be injected for the second phase in which underground mining will commence.

Trigon has already begun with the clearing of the mining area, and refurbishment of the processing plant and offices, while Tulela, a company contracted to conduct the actual mining, has started setting up too.

“Phase one will be an open pit with a life span of five years, with a processing capacity of 30 000 tons per month (KTPM); thereafter, the output will double to 60ktpm by 2023 when we begin with underground mining,” said Trigon vice president for operations Fanie Muller.

He added the mine will be able to sell copper concentrates of 1 700 tons per month.

Trigon is focused on copper and silver exploration, development and mining, although lead will also be mined.

It consists of Kombat Holding Namibia, which owns 80% as well as Havana Investments and Epangelo Mining Company, each with 10% shares.

“We have already started with corporate social responsibilities and outlining how such programmes will be rolled out. As we are clearing the mining grounds, we are also digging out sewerage lines, which are being replaced and unblocked. Our aim is to uplift the wellbeing of our people, which we shall not compromise,” said Muller.

Trigon established a community garden in which 70 women are employed on a rotational basis.  The produce is often sold to local lodges, while the surplus is given to the community, especially those living at Farm Neu Sommareu.

“This is one step closer to food sustainability. The garden, which is on a 2.5-hectare piece of land, is on a trial basis – and when it is self-reliant, it will be fully administered by the community for their own betterment. Another project will be the breeding of tilapia fish. This will be another vital project in providing nutrients to the people,” added Muller.  Kombat residents receive free water.

“We have invested a lot of resources in understanding why the mine was flooding; apart from the power failure, which is a well-known fact, we established that there were faults underground. By this, it means rocks underground were cracked, which leads to a conclusion that the previous miners were exploring in this damaged area,” said Muller.

He said they have placed geological monitors to avoid such errors, while backup generators will be installed to counter the impact in case the power fails.

“We are ready on course and expect our first blast to be mid-October, as we edge closer to December. We will be mining from five open small pits before we go underground,” he said.

Deputy minister of mines Kornelia Shilunga said government is looking forward to also reap the benefits of the mining activities, saying the licence has gone through many hands without the actual work; hence, it has lost revenue during the time the mine was placed under care and maintenance.

“The resumption has brought new hope; one could already tell when driving through Kombat that there is a sense of optimism of a fruitful life ahead of the locals.

“I am also happy that the company has committed itself to use local materials, a good initiative, which will boost the economy. Therefore, my appeal is for the company not to look down on its people; rather, it should be more considerate on uplifting the lives of vulnerable, women and disabled to have a better life out of home resources,” she said.

Shilunga and various stakeholders undertook a tour at the mining site to acquaint themselves with the operations.