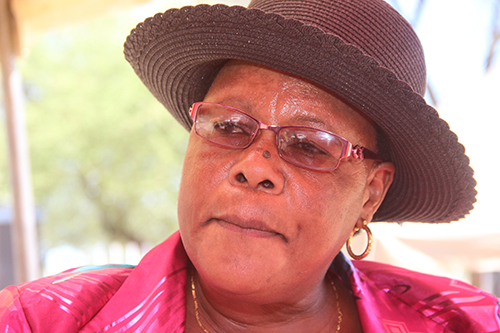 According to the police, the incident occurred last Thursday evening, following a quarrel between the couple. Sheetekela, who held the rank of warrant officer, was attached to the VVIP protection directorate, and served as bodyguard and driver to Sioka.

The minister said her ministry condemned the killing and stands in solidarity with Namibian women and men, including young people, who have taken a position against violence against the vulnerable in society.

The minister said murder-suicide should never be a solution. “It jeopardises family structures; children suffer emotional harm as they witness their mothers or sisters being beaten or killed, leaving them to manage households, which is difficult. This leads to increased poverty and negative social consequences,” she said.

Sioka also encouraged men to discuss any issues that may be affecting them and seek amicable solutions.

“I furthermore encourage all Namibians to do their part to challenge gender stereotypes – harmful beliefs and traditional practices that perpetuate gender-based violence and discrimination against women and girls as well as to work toward a society free of all forms of violence. Silence, self-pity or isolation are dangerous traits and can lead to depression and unimaginable acts of violence, including self-harm,” she said.

She said the ministry has implemented several tools aimed at raising awareness, preventing and responding to gender-based violence to change behaviour, but there is a need for collaborative and long-term interventions – not only from the government but also from individuals and communities at large.