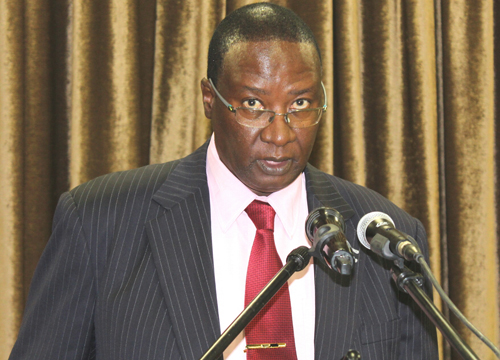 Former Erongo governor Cleophas Mutjavikua has been honoured with an official funeral, the Presidency announced yesterday.
Mutjavikua died in a Grootfontein hospital on Sunday, reportedly from Covid-19 complications. He was 57.

“Following consultations with the wife and family of the late Cleophas Mutjavikua, the head of state, His Excellency Hage Geingob, in terms of Sub-Article (8) of Article 32 of the Namibian Constitution, and under the powers vested in the President by Sub-Article (3) (h) of that article read with section 3 (1) of the Conferment of National Honours Act, 2012 (Act No. 11 of 2012), confers on the late Cleophas Mutjavikua and directs that an official funeral be held in his honour,” the statement reads. The President further lauded Mutjavikua’s contribution during the liberation struggle and his work in various capacities, including as governor of the Erongo region for a period of ten years.  Mutjavikua, who was also a renowned trade unionist, is survived by his wife and eight children.