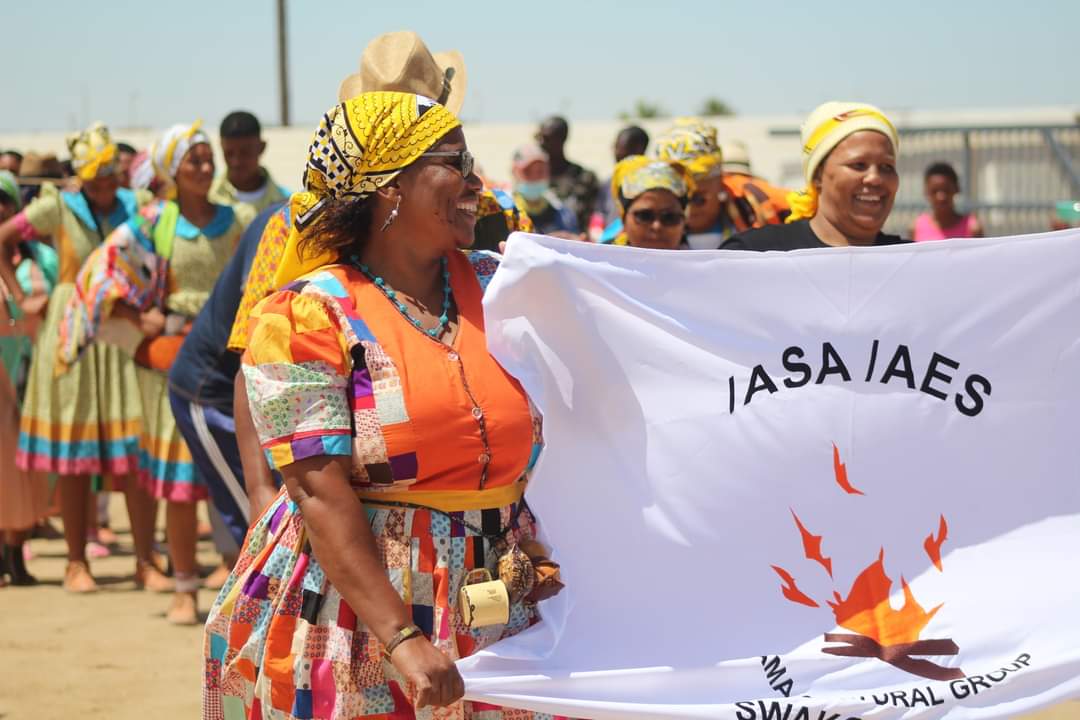 Organisers of the Annual Nama Cultural Festival intend on keeping the traditional flames alive as they hosted events in Keetmanshoop, Swakopmund and Windhoek to raise funds for the main event at a later date.

The events across the country were attended by several traditional leaders, and included amazing performances by choirs and cultural groups, leading to a resounding success as it lived up to its name.

“We are all about preserving heritage. We are using culture for social construction and reconstructing society for the good, taking out things that don’t benefit culture,” said Dawid Eigub, the chairperson of the festival.

The event in Windhoek was held at the Moses van der Byl Stadium, which saw beautiful scenes of elders showcasing the Namastap. In Keetmanshoop, it was held at the JA Stephanus Stadium and Swakopmund held theirs at the Mondesa Stadium this past weekend. These places were beaming with a kaleidoscope of rainbow colours from the traditional attires and the variety of food presented.

“This was an extremely successful event at all the places, beyond expectations. There was traditional food, games, medicines and so much more on offer. People had fun, learnt a lot, and enjoyed themselves,” he beamed.

Eigub said it is important for the elders to have platforms where they can share knowledge on culture and other vital issues affecting society. Events such as these thus create that platform. “Engagements like these are crucial because the pandemic had and partially has a toll on people. They were locked up for too long in their houses and couldn’t go out to socialise as much as they would love to, but the event showed just how important it is to value and appreciate people and share knowledge,” he observed. He added: “I was shocked to see our elders engaging with the young ones through games and other key issues at the events. It was a resounding success, and I can’t keep emphasising that,” he said. Eigub also highlighted that good profits were made from the exhibitors because most, if not all, their products were bought, which is something the organisers loved seeing. The events were hosted under the theme Ada !hōm tsî !hao!, meaning ‘Let’s meet over a cup of tea and have good conversations’. Eigub also pointed out that the festival is open to everyone to attend. “We want to use culture to unite this country; we are pleased with the event since its inception in 2018,” he said. No crimes or health-related emergencies were reported, which can be every organiser’s worst nightmare. - psiririka@nepc.com.na