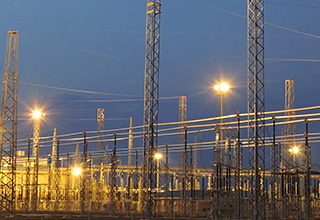 Government is pursuing energy independence from a troubled Eskom and from the rest of its neighbouring countries in an effort to reduce the cost of electricity and thereby attract more meaningful investment. This is as Namibia spent about N$3 billion to import as much as 60% to 70% of its energy demand from the Southern African Power Pool (SAPP), of which 40% of it comes from South African power utility, Eskom.

“It is well documented that our electricity is one of the most expensive on the continent and as a result, we are losing out on large investment opportunities, including the recent Vedanta refinery that was poised to deploy N$6.5 billion dollars into the economy,” said Presidential Economic Advisor and green hydrogen commissioner James Mnyupe.

Mnyupe made this revelation last week during the launch of Namibia’s first green hydrogen production plant to be constructed in the Erongo region through a joint venture between Ohlthaver & List Group and European-based CMB.TECH.

Mnyupe noted government is exploring the possibility of off-taking curtailed and dispensable power through gigawatt projects earmarked for the southern part of Namibia. This, he explained, could attract good prices for Namibian power, positively impacting the country’s current account surplus, reducing the cost of electricity and ultimately increasing competitiveness from a manufacturing point of view.

According to Mnyupe, renewable energy deployment is labour intensive and well documented employment multipliers range from five jobs per MW to seven per MW during construction and just under one per MW during operations.

“These jobs do not require unattainably complex skillsets and Namibians have built and installed renewable energy plants across the country and continue to do so today. The challenge for the larger projects will be mobilising enough labour on time and locally – so planning is an essential component,” he said.

In its 2021 annual report, Namibia’s electricity utility (NamPower) revealed that it imported 67.4% of power from neighbouring countries and the SAPP market to meet the country’s electricity demand. This represented an increase from 59% in the 2019/20 financial year.

According to the report, “NamPower continues to rely on regional trading partners to meet the country’s electricity demand. One of the reasons for low local power production was poor rainfall in the Ruacana catchment area, resulting in the Ruacana Hydro Power Station flow only averaging 93 m3/s (2019/20: 275 m3/s) for the financial year. - mndjavera@nepc.com