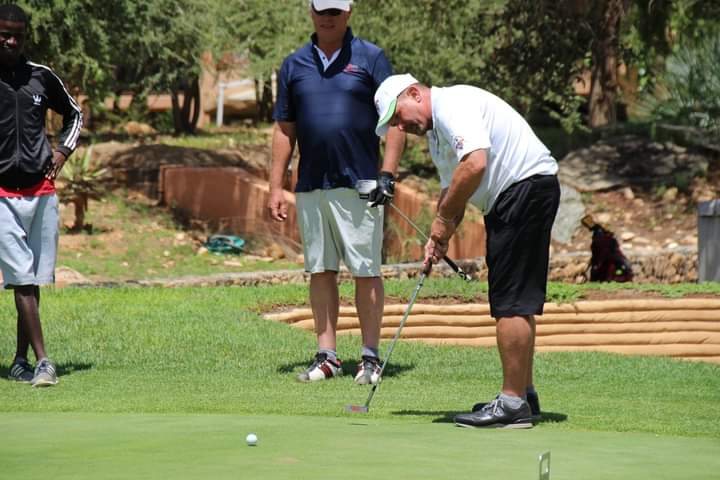 Four Namibian golfers are preparing to compete in the upcoming All-Africa golf championship to be held in Cairo, Egypt, from 26 to 30 October.

The four were selected after they accumulated the required points during the national golf championship two months ago.

Namibia is expected to contest for top honours against the continent’s best – and according to Marco Swart, who is the current Namibia Golf Federation (NGF) interim president, the team is ready and hoping to leave a mark at the competition.

“We are ready for this competition although we have tough opponents that we are going to go against. The team has been preparing since the beginning of the year and all the golfers have shown potential to put up great performances,” he said.

Namibia will be without 2018 MTC Sports Star of the Year Likius Nande, who could not make the cut due to fewer points accumulated.

The president said it is sad he has not made the squad, as he is one of the most-decorated golfers to come out of the country. “Nande had a bad season, as he didn’t participate in most of the games that were held this year. It’s going to be a huge blow, as he is one of the best golfers. However, this will give an opportunity to the guys on the team to showcase their talent,” added Swart.

South Africa are the current reigning champions of this particular tournament – and the president admitted it would be a tough contest for them to go against the likes of the reigning champions who have the top golfers on the continent.

“We can all agree that South Africa is one of the best golfing countries in the world due to the highest level of facilities the country has. We are going to have tough competition, but we are also aware of what our team is capable of. Not only South Africa but Morocco, Tunisia and Egypt are all countries that are good, so we have to be ready to do our utmost best against these countries,” he added.