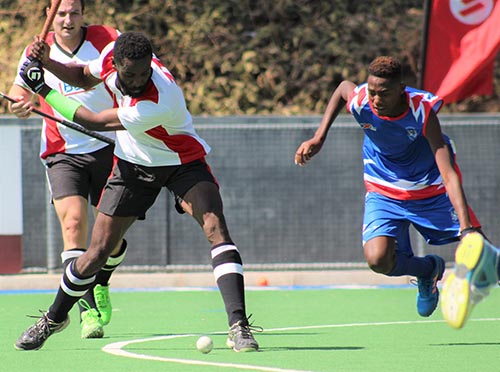 President of the Namibia Hockey Union (NHU) Reagon Graig yesterday said financial constraints and the unavailability of some key players led to the withdrawal of the men’s team from the upcoming Outdoor Africa Cup slated for Harare, Zimbabwe.

He, however, confirmed that the women’s team will still travel to Harare to compete in the tournament which starts at the end of this month.

Speaking to this publication yesterday, Graig explained that it was a tough decision to withdraw the men’s team from an important competition, but admitted that funding issues and the unavailability of key players were beyond their control.

Besides the lack of finances, the NHU saw no point in sending a weakened side to a big event as many of the team’s top players were not going to travel due to a raft of individual commitments.

“Looking at the financial part of things, it would be very costly to pay accommodation, meals and flight tickets to travel to Zimbabwe for both teams. So, we decided to make a tough call and withdraw the men’s team, and rather send the women,” he added.

The likes of Zambia, Lesotho, Botswana, Swaziland and host Zimbabwe will also be competing at this event.