No Supreme Court luck for Likoro 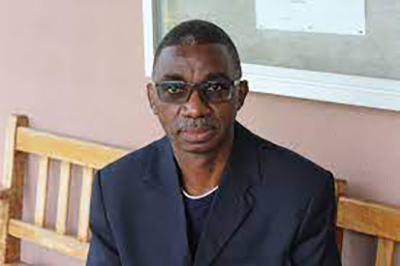 Three judges of the Supreme Court yesterday struck an appeal hearing against the conviction of former ministerial advisor Vincent Likoro from the roll as it was unprocedural.

Judge of Appeal Elton Hoff made the ruling yesterday.  Acting Judges of Appeal Hosea Angula and Bes Nkabinde concurred. According to the judges, it was only during deliberations on the judgement that they (Supreme Court) realised that an irregularity might have occurred during the proceedings in the High Court which may have vitiated the entire process.

Likoro, the former special advisor of the then minister of land and resettlement Alpheus Naruseb, was convicted on a charge of rape that happened in July 2013, during an official trip to the Zambezi region and sentenced to 10  years imprisonment in 2016.

The judges found that he has no prospects of success, refused his condonation for the late filing of his appeal and struck the matter off the roll.

They further cancelled his bail and ordered that he should be taken to Katima Mulilo to the regional court for committal.

In that hearing, judges Johanna Salionga and again Usiku ruled there are prospects of success.

He was also granted bail pending the outcome of his appeal.

Hoff, in his judgement, said that the first judgment of the High Court in December 2017 that refused condonation and subsequently leave to appeal, still stands as it was not reviewed and set aside by the Supreme Court which has the sole authority to override the decision of the High Court. For that matter, he said, the appeal of 20 March was enrolled irregular and the order granted a nullity and cannot stand.

Furthermore, he said, the March 2018 judgement and orders are compromised by the fact, and this is quite baffling, that one member of that court sat in both courts, firstly concurring that there were no prospects on appeal, and subsequently writing a judgement which held that there were indeed prospects of success.

Given the fact that the December 2017 judgement and orders had not been set aside, both orders stand until one of them is set aside.

Since the hearing in the Supreme Court was based on an irregularity, the judges said, it cannot be allowed to have bearing on the matter. “This court cannot close its eyes to material irregularities that vitiate then proceedings of the High Court, including its March 2018 judgement and order, which cannot, in the circumstances, stand since it will serve as a dangerous precedent that undermines judicial authority,” Hoff stated.

He further said the correct route Likoro should have followed subsequent to the refusal of his condonation application and the striking of the matter from the roll was to appeal directly to the Supreme Court and, in the event of his failure to comply with the provisions of the rules and provisions of the Criminal Procedure Act, to have launched a condonation application in the Supreme Court – a route still open to him.