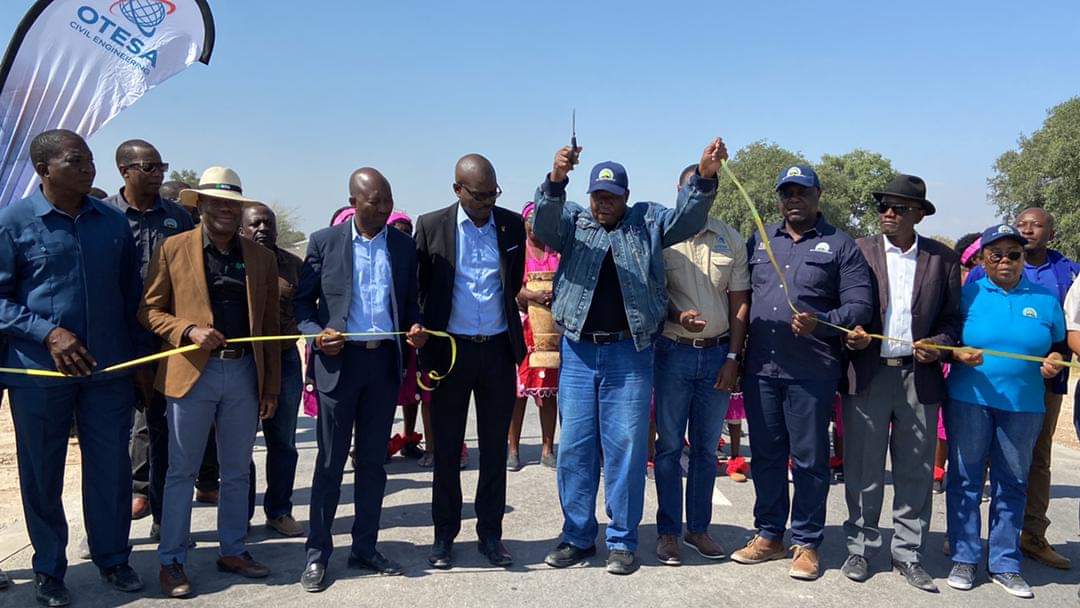 The road was constructed to the tune of approximately N$55 million that was funded by the government via the Road Fund Administration (RFA).

In his statement, Mutorwa said the road will significantly reduce congestion between Oshakati and Ongwediva, as it provides a shorter and more convenient route for residents from these towns as well as Ehenye and Ekuku to Oshakati and Endola towards Oshikango, Onhuno and Eenhana.

“This will decrease road incidents and enable road users to get to their destinations safely and in a shorter time frame,” he added.

In addition, Mutorwa indicated the upgraded road will also stimulate economic growth in the northern regions in terms of moving goods and services, and also enhancing the agricultural sector.

Also speaking at the event, Roads Authority (RA) CEO Conrad Lutombi stated the Okatana-Ongwediva road is an important asset that will contribute to the flow of goods and services in the region.

Lutombi emphasised that a good roads network facilitates growth – and by extension contributes to national prosperity.

He continued that in an effort to address road infrastructure development in the region, RA plans to commence with the proclaimed dual road between Omuthiya and Oshakati to address congestion.

Lutombi also warned against illegal structures on road reserves, which he describes as a phenomenon observed in all parts of the country and that poses a serious safety risk to road users.

“People should stop building next to roads. Government will not compensate those who build there illegally,” Lutombi stated.

He then urged regional and community leaders to join the RA in reprimanding and reporting perpetrators to regional offices for action.

Lutombi also encouraged road users to help keep the national road network clean by not throwing rubbish on or along national roads, but to make use of designated rubbish bins.

Meanwhile, the ground-breaking ceremony of the Onamafila road in the Ohangwena region was also officially commissioned by the transport minister on Thursday.

The Onamafila road will be constructed at the cost of about N$11 million.

NYC recognised as one of strongest councils in Africa