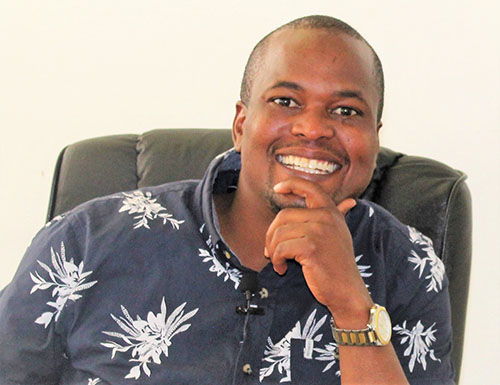 In a facetious attempt to cover his tracks since former councillor at the City of Windhoek Desiree Davids laid a charge of defamation of character against him at the Namibian Police.

Windhoek mayor Job Amupanda has attempted to whitewash his criminal conduct by insinuating that Davids suffers from a mental health condition and, therefore, cannot be taken seriously.

This statement by Amupanda is a poor attempt at emotional manipulation and turning public opinion against Davids.

Although he holds the title of Doctor of Philosophy in Political Science, Amupanda has neither the skill, training nor qualification to make an informed diagnosis of someone with a mental health condition or disorder.

An accurate mental health diagnosis can only be carried out by a psychiatrist or a psychologist by testing and a mental evaluation, using set scientific standards and criteria.

“Publicly accusing someone of having a mental illness for the purpose of questioning their fitness for political office only serves to perpetuate stereotypes that enhance stigma.”

“It is, in fact, a form of bullying and shaming,” Charlie Dunlap notes in his article, titled: Should mental health ‘diagnoses be allowed to become another weapon for political warfare?’

Unbeknown to him because of his continuous arrogance and inability to listen to others.

Amupanda again makes himself vulnerable to another criminal charge of crimen injuria for abusing mental health awareness to score points against a political opponent.

Making an allegation of mental health illness without having the evidence to prove such an assertion is a criminal offence that causes harm to the dignity and integrity of the targeted person.

“Health records are private and discussion between mental health practitioners and their clients are protected and confidential.”

Namibia is in the midst of a mental health crisis exacerbated by extended lockdowns due to the corona pandemic.

High levels of poverty, unemployment amongst youth and widespread substance abuse in communities have also been cited as factors that have caused a high prevalence of mental health illness in Namibian society.

Amupanda should be knowledgeable of these factors and should not use the high prevalence of mental health in a country already grieving high rates of gender-based and domestic violence as a tool to score cheap political points against his opponents.

Stigma, prejudice and discrimination against people with mental illness is a real problem and one that should not be taken so lightly.

According to specialists in the field of psychiatry, who spoke to the author of this article on condition of anonymity in adherence to their professional standards, Job Amupanda displays personality traits consistent with someone that has a Narcissistic Personality Disorder (NPD).

Narcissistic Personality Disorder is a mental condition in which a person has an inflated sense of self-importance.

A deep need for excessive attention and admiration.

Troubled relationships and a lack of empathy for others.

Health professionals have expressed concern about Amupanda’s seeming enjoyment at humiliating his opponents in public and him drawing gratification from his actions as a worrying personality trait, which is not healthy and could be a symptom of childhood abandonment by a parent or significant other, which he may still be grieving from.

Other character traits of someone showing symptoms of a narcissistic Personality Disorder is the belief that they are “superior to others and can only be associated with equally special people”.

They monopolise conversations and belittle or look down on people they perceive as inferior.

Have an inability or unwillingness to recognise the needs and feelings of others.

React with rage or contempt and try to belittle the other person to make themselves appear superior.

And have secret feelings of insecurity, shame, vulnerability and humiliation.

Mental health illness exists across a broad spectrum, and there are many conditions that are recognised as mental illness – yet, according to the Mayo Clinic, a mental health institute, “should not disqualify people from entering professions, including public service”.

Some of the mental health conditions and disorders recognised by the World Health Organisation (WHO) are depression, bipolar disorder, schizophrenia, psychosis, dementia and developmental disorders such as autism.

As a society, we should acquaint ourselves with issues of mental health and have a more sensitive and empathetic approach towards individuals, who may display symptoms of mental health issues without the need to ridicule, judge or condemn.

It is sad to see how Namibia as a country takes pleasure in seeing the humiliation of a person.

The incident of Job Amupanda and his Affirmative Repositioning (AR) cohorts subjecting Desiree Davids to public humiliation while their Facebook and Twitter audience looked on in entertainment and enjoyment points to a darker side of where we are as a nation.

Amupanda’s comments regarding Davids being a slay queen are unacceptable, his further abuse regarding her not being “ok in the head qualify” as harassment given that the targeted smear campaign continues until she finally laid a charge at the police station.

All hope is not lost as there are members of the public who understand how online abuse manifests into public violence.

The recent resignation of Johanna Shiweda, the chairperson of the Mayoral Fund, citing the mayors behaviour, is a signal that members of and those who serve in public office have begun to draw a line on what is acceptable behavior from those we entrust to serve us as leaders.

Perhaps it is not Shiweda who should have resigned but rather the mayor!

*Vitalio Angula is a socio-political commentator and independent columnist.