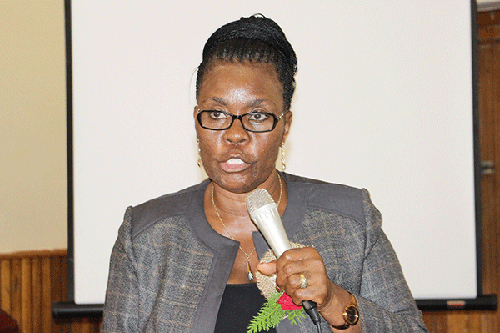 The number of teenage girls who have become pregnant across the country last year has more than doubled, compared to 2019, the ministry of education announced yesterday.
Education minister Anna Nghipondoka yesterday said about 3 627 teenage pregnancies were recorded last year alone in all 14 regions, compared to 1 542 pupils who fell pregnant in 2019.

The shocking statistics have been attributed to the Covid-19 pandemic after the global health crisis resulted in nationwide school closures.
Nghipondoka, who was speaking during the 23rd Covid-19 public briefing at State House, also revealed 30 000 learners could not be traced when the schools reopened in October last year.
“The school is going to reopen fully because now it is proven that the longer we keep learners out of school, they are hardly returning and most of them fall pregnant,” she said.

“Hence, the school will now open fully, adding that the government has supplied some masks at schoolS but parents also need to supply masks and sanitisers for their children.”

According to the minister, Omusati region recorded the highest number of teenage pregnancies, with 562 learners falling pregnant, while Kavango West and Kavango East recorded 522 and 520 pregnancies, respectively.

Other regions that reported high pregnancies include Zambezi (514), Ohangwena (443), Oshikoto (277), Otjozondjupa (144), Khomas (139), Kunene (116), Oshana (113), Erongo (99) and Hardap (89).  Omaheke and //Kharas recorded 75 and 16, respectively.
Health minister Dr Kalumbi Shangula yesterday said the indefinite delay in reopening schools will have a detrimental effect on learners.
School teachers are expected to report for duty today, while pupils will return to the classroom on 26 January.
- ljason@nepc.com.na

The Farmers’ Kraal by Charles Tjatindi - Is farming really the real deal?

Govt toughen up on illegal fencing