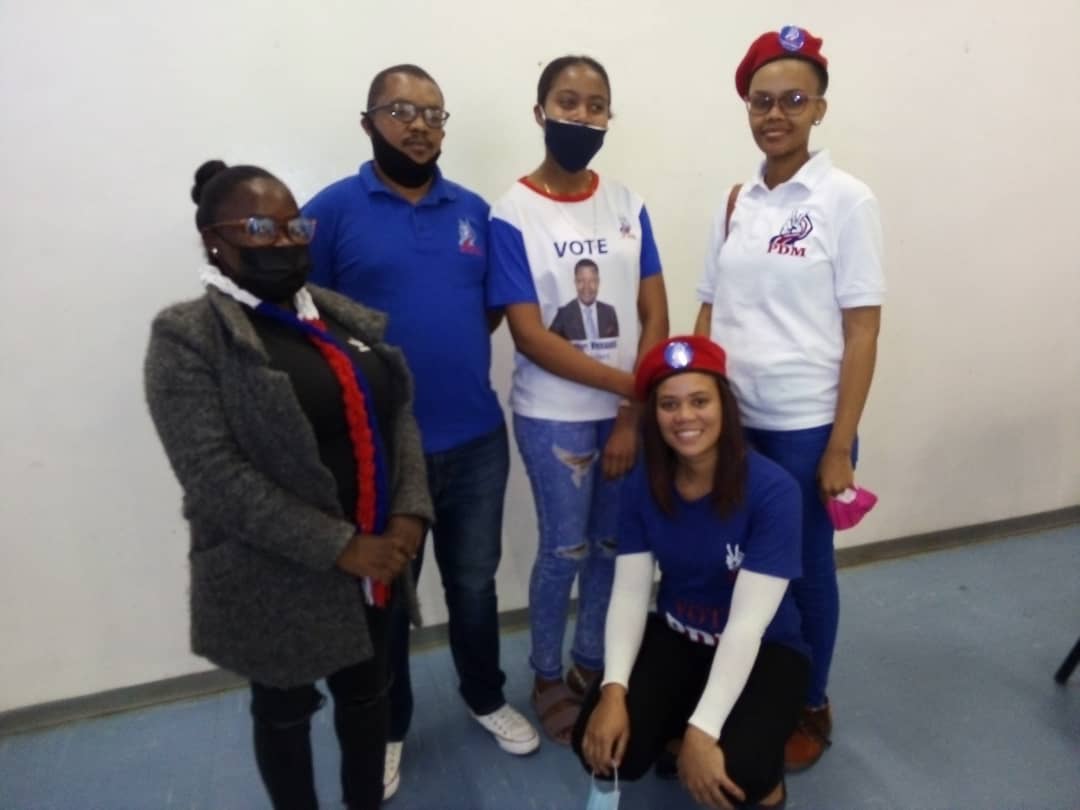 KEETMANSHOOP - Supporters of the Popular Democratic Movement (PDM) in the //Kharas region elected their first-ever regional youth leadership in Keetmanshoop last weekend. In his inauguration speech, chairperson Innocent Mathys said their main objective is to bring development to the region, especially for the youth.

“The ugly perception of members of the youth in the region being labelled as lazy will be our priority to rectify,” he stated. The youth leader said the main challenge they face is that this segment of the region’s population was never given opportunities in terms of employment, training and skills development, hence the decay in their livelihoods.

“It is rather worrisome that youth from other regions come here and exploit advancement opportunities meant for our younger generation,” Mathys added. He also emphasised the importance of engaging the public and private sectors on the way forward as a means of bringing the much-needed development to the region.

“We should sit around the table with all relevant stakeholders, joining hands and sharing ideas around this agenda”, he said. Mathys acknowledged that the PDM will not be able to address the plight of the youth in //Kharas alone, and thus expressed the movement’s willingness to work with all stakeholders, irrespective of their political affiliation.

“Another big concern we have to address is that of the high dropout rate of learners from schools in the Karasburg East constituency,” said the youth leader. He added that this can largely be attributed to the impoverished living conditions these learners have to cope with daily, like the shame attached to young girls not being able to afford sanitary pads, other learners not having school uniforms and stationery, and some not willing to attend school on an empty stomach.

The region’s PDM Youth League will, therefore, approach government and the public sector to provide food rations, basic hygiene needs like sanitary pads, school uniforms and stationery to these less fortunate children in the constituency and the region as a whole.

Mathys then expressed his profound gratitude towards the electorate for having trusted them to lead the youth in the region, and assured them of the leadership’s utmost commitment and dedication for the betterment of all residents in the //Kharas
region. He garnered 10 out of 16 votes over his deputy Lonzondo Gawachas, whilst Mina Freyer was unanimously elected as regional coordinator (securing 11 out of 18 votes), with Rollionne Stoffel as her deputy. Chevandre Meintjies secured the treasurer position of the PDM youth league in the region.