People with albinism gripped by fear 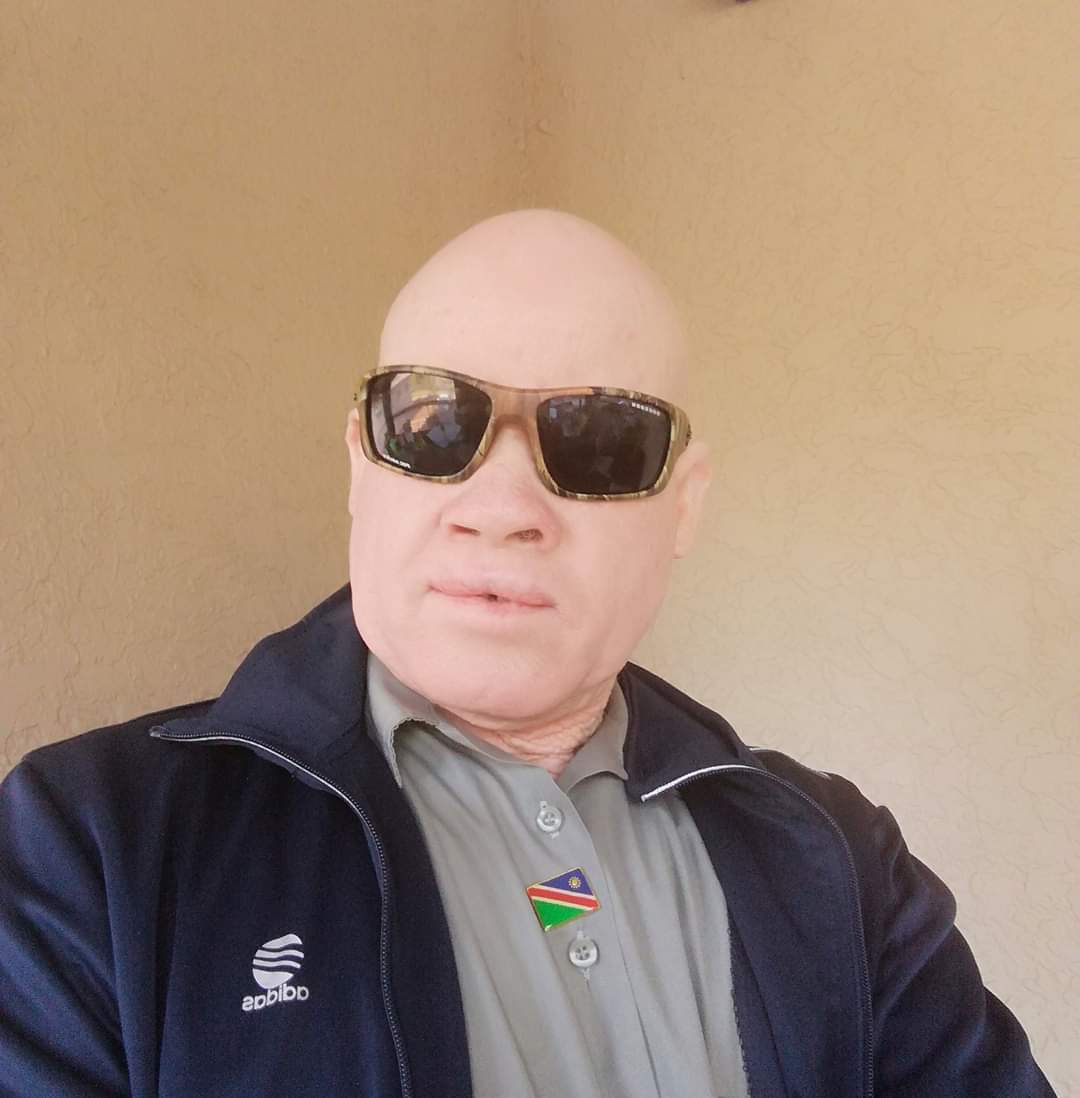 People with albinism say fear has engulfed the community after an unnamed man was approached by two men, asking him to sell them his hair and nails.

A criminal case has been opened, and the two suspects were arrested.

Members of this community say they are heartbroken because they do not feel safe whenever they are going out, and they now fear being attacked.

Albinism is an inherited genetic condition that causes little to no production of melanin.

Types of albinism vary, but the most common medical impairments include vision and dermatological risks.

Exposure to the sun can be highly damaging to both the skin and eyes.

Last week, two men from the Zambezi region appeared in the Katutura Magistrate’s Court after they were arrested for offering to buy albino body parts.

They are charged under the Witchcraft Suppression Proclamation 27 of 1933.

The matter has been postponed to 29 June 2022, while police investigations continue.

In an interview with New Era last week, the president of the Namibian Albino Association Joseph Ndinomupya called on government to act while it is early because they feel unsafe in their own country.

He said the existence of a market for albino body parts might encourage parents who have children with albinism to kill them because they fear their children.

“In other African countries, albinos are being discriminated against. Therefore, we also have a huge concern if this will happen in Namibia,” he added.

Ndinomupya further explained that in 2010, there was a body of an albino man discovered at Uuvudhiya village without private parts.

People with albinism all over Africa have suffered discrimination, and have been in danger of being killed and their body parts used for rituals.

In January, the Times of Lusaka reported that there are at least 10 albinos murdered in ritual killings every year in Zambia by people with the wrong misconception that acquiring body parts has the potential to give them wealth or luck.

In some cases, people with albinism have been impeded from exercising their right to marry someone of their choice, while some employers are reportedly reluctant to hire persons with albinism for reasons related to their different appearance, especially in posts where the employee is in contact with the public.

Shocked by this allegation, human right activist Rosa Namises has called all of Namibia to join hands and support local albino organisations, and strengthen the awareness about people with albinism.

She said people should stop spreading myths such as that their hair gives luck, and they should also regard albinos as human beings.

Namises stated that albino threats and suffering came from a long time ago where many albinos had been suffering in silence. The time is thus now to unite and stand against those who want to attack albinos.

“This news is painful and shocking. Namibian law should come into action, and those who are practising this evil activity of cutting body parts must be arrested,” she stressed.

Ndinomupya emphasised that their children are no longer safe whenever they are going or coming from school because they are not sure about the people in their communities harbouring ill- intentions.

“We will no longer trust our friends and family because everyone is now capable of doing this since people are being paid to get our hair and nails,” he lamented.

Ndinomupya, therefore, urged all people with albinism to take precautions to be safe out there, and to also avoid walking at night or using public transport alone at night.

Sovita Joshua said Namibia has just celebrated its 32 years of independence, but they, people with albinism, feel unsafe in their own country.

“I am even scared to walk in public or take taxis because I believe people will attack me and cut off my body parts,” she added.

Joshua thus suggested that suspects need to be questioned to tell the public how many people are still out there who have been involved in this activity.

Also speaking to New Era, Eliaser Moses, who likewise lives with albinism, said they feel threatened by this new development.

He added that “this creates a high level of insecurity as many of us will not be free to go and do our daily hustling duties.

It has to come to an end, as it’s wrong to believe that people with albinism are to be used for rituals”.

Moses said the community must hold hands with them to fight against albinism and skin poaching.

Paulina Nekandjo said she was shocked the moment she heard about this devastating news because it is a threat to them.

“We are all human beings, and it is painful. I am urging whoever is planning to harm us to stop,” Nekandjo stated.

Nambondi Desderius, a student at a VTC, said it is a scary and serious matter that must not be accepted in this society. He advised albinos to stop talking to unknown people, walking alone, drinking alcohol, and going to places where they don’t know anyone.

“If someone approaches us, we must not hesitate to report it to the nearest police station because that could be the only way we will stop this situation,” he pleaded.

“I urge the whole Namibian nation to join us to fight people cutting our body parts for money because it’s the only way we will keep our people safe. Am also urging the president of the Namibian Albino Organisation to start with campaigns and awareness in schools where there are people with albinism,” he added.

Elizabetha Namwandi called on government to get involved before the situation gets out of hand since they are not sure if there are still some people in society who have become victims already.

She informed that on 29 June, they will have a peaceful demonstration in front of the Katutura Magistrate’s Court.