Klaudia Talohole (KT) Amakali–Angula recently graduated with a PhD from South Africa’s North-West University thanks to a fellowship from the  Schlumberger Foundation.

What is the programme about?

KT: The Schlumberger Foundation Faculty for the Future programme awards fellowships to women from developing and emerging economies where women are underrepresented in science, technology, engineering and mathematics (STEM) disciplines to pursue PhD or post-doctoral research at leading universities abroad.

How did you learn about the fellowship?

KT: I am a member of the Organization of Women in Science for the Developing World (OWSD) Network. The call was thus shared with the OWSD recipients, and I met the eligibility criteria indicated.

What is your personal background?

KT: I was born and raised in Ohakweenyanga village in Owamboland, northern Namibia. I grew up under the loving care of my late maternal grandparents, and late aunt, since the age of about four months, at that time my parents lived in Windhoek. I am the second and only girl of four siblings. A typical village girl who grew up doing all the village house chores and field work. Since my grandmother was a very good cook, she used to sell fried fish (horse mackerel) and fat cakes around the village and nearby cuca-shops.

I attended primary school at Oikango Combined School where my grandmother recognised learning abilities, so she requested that my aunt enroll me at a good boarding school where I could receive a good education foundation and study undistracted. My grandmother also believed that this was the best way for her granddaughter to make use of her pension grant to the fullest while she was still alive.

Thus, I attended grade 8 –12 at Gabriel Taapopi Secondary School in the nearest town of Ongwediva until 2001.

At primary school, we had fun playing “amagoesa” (fufila), skipping/jumping ropes, etc. At that time, I was very slow at running, which was mainly short distance, so I did not participate much.

At secondary school, I played in the school netball team. Presently, I like to advise people to live a physically fit lifestyle in order to overcome societal health implications such as depression and avoid developing non-communicable diseases such as cancers, heart diseases, diabetes etc, hence I go to the gym at least three to four days a week. It makes me feel positive about my physical and mental being, making me quite productive. I also run long distance twice a week and my longest marathon so far is South Africa’s 2022 Comrades marathon where I ran 90 km in 10:25:39. I also love worshiping God in his consecrated house, so I attend the Catholic church almost every Sunday.

I obtained a BSc degree in Chemistry and Physiological and Molecular Biology at the University of Namibia (Unam) in 2005, thereafter I worked in temporary positions in the educational and mining sectors from 2006.

As part of my BSc (Hons) bursary agreement with the then RioTinto’s Rossing Uranium mine, I was appointed as a laboratory shift chemist after completing my studies from March 2010 until August 2013.

In September of the same year, I returned to academia as a laboratory technologist at Unam until December 2014.

In 2015, I took a staff development leave for MSc studies. In August 2016 while busy with my final year of MSc studies, I got married to the love of my life Remigius Angula aka “Tangeni”, following a very interesting love story dating from when we met in 2002 as science students at Unam.

In 2017, I returned to work and in July of the same year we were blessed with an adorable son Remigius (mini) whose second name is “Tanga-Ohole”, a name derived from their second names, Tangeni and Talohole, meaning “praise love.” In 2019, I was promoted to senior laboratory technologist, and in 2020, I enrolled for PhD studies.

What inspired you to pursue a career in science?

KT: When I was very young, my big cousin Margaret Angula (Stellenbosch alumni) would come home from high school talking about Zoology and Botany, so I was fascinated by the sounding of such terms and thought I would study to become a zoologist or botanist.

Things changed in grade 8, where I performed very well in accounting and typing, so at that point I thought commerce is my passion. However, in grade 10, the accounting curriculum changed, whereby the “financial books” (cash payment and receipt journals) that were taught in grades 8 & 9 got merged into a single cashbook, I think I struggled a bit to grasp the new approach.

When the time arise for us to choose career fields to proceed with to grade 11 and 12, I was sure that commerce was not my thing anymore. Thus, I enrolled for science and mathematics in grade 11 and my high school teachers saw potential in me.

Notably, my physical science teacher, Ms Johanna Neumbo really inspired me with her enthusiastic teaching skills for physics and chemistry. My mathematics teacher, Dr Helena Miranda-Kayoo, encouraged me to write my mathematics at the “extended” level when I felt I could not make it (privately she said “Klaudia, if you are to drop to the core level, the whole class should rather drop.” I do not forget that statement from her). Finally, the biology teachings with a good oral projection from Mr Ziko Shipuata, just kept me captivated (he remains the best biologist I have ever come across).

Opinion - The CPBN should do the right thing: Self-correct! 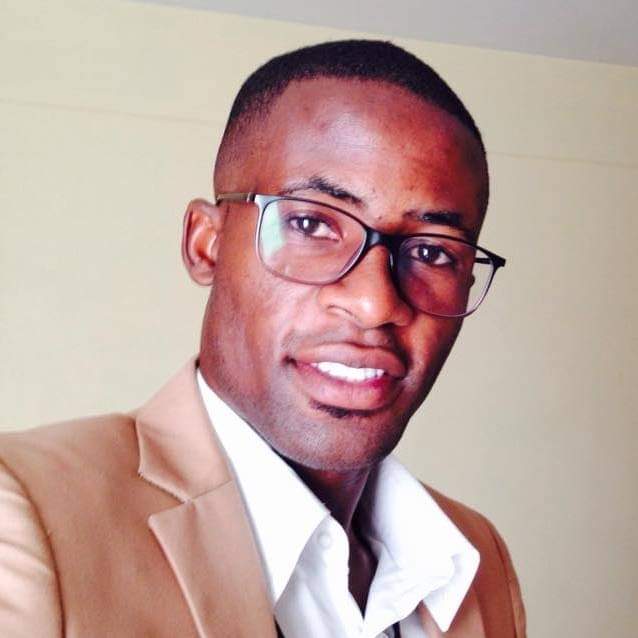