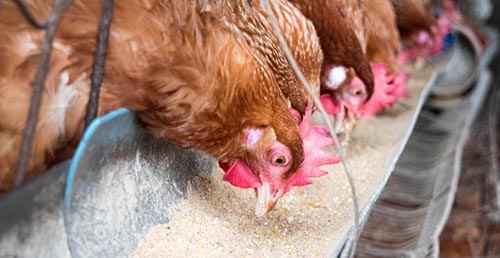 The Southern African Customs Union has claimed a landmark victory for its poultry industry in what it called a historic milestone.

This stems from a recently delivered final report of an Arbitration Panel’s ruling on a trade dispute with the European Union. In stark contrast, the European Commission issued a statement instead, saying the panel on 3 August 2022 in fact ruled in favour of the EU in terms of safeguards on EU poultry cuts.

This trade dispute was initiated by the EU under the Economic Partnership Agreement (EPA) between the EU and SADC EPA States (EU-SADC EPA), and related to a bilateral safeguard measure imposed by SACU on frozen bone-in chicken cuts imports from the EU in 2018.

In September 2018, SACU adopted a safeguard measure on frozen chicken cuts from the EU in the form of increased import duties.

In June 2019, the EU formally requested consultations with SACU on these safeguards measures, arguing they did not comply with the requirements for such measures under the EU-SADC Economic Partnership Agreement (EPA), and thus amounted to illegal duties.

Consultations were held in September 2019; thereafter, in April 2020, the EU requested the establishment of a bilateral dispute resolution panel.

Following delays occasioned by Covid-19, an arbitration panel was established and started working in November 2021.

This was the first time the EU triggered a bilateral dispute settlement mechanism under one of its EPAs – and as such, the EU challenged the legal basis and compliance of the measure with the EU-SADC EPA on a number of grounds.

According to a statement issued yesterday, SACU executive secretary Paulina Elago said the Arbitration Panel confirmed the EU-SADC EPA provides for a safeguarding regime that departs from WTO rules, emphasising the developmental character of the EU-SADC-EPA.

She noted the panel, therefore, dismissed the majority of the EU’s claims, in particular those pertaining to the geographical scope of the measure; the requirement for an investigation; the adequacy of the information provided to the EU as well as the request for a refund of the duties already paid.

“The EU also failed to establish that increased imports from the EU had not caused injury, although the panel made no finding on this issue. The panel, however, upheld claims by the EU relating to the fact that SACU may not have considered other factors with regard to the proportionality of the duty, as well as the duration of the consultations that SACU conducted, including with the EU, before imposing the measure. The panel did not require SACU to take any further action in relation to the safeguard measure,” Elago stated.

She further noted this is the first arbitration for SACU member states as a collective under an international trade agreement and the first dispute relating to a safeguarding regime present in this type of international economic instrument.

“It is, therefore, a monumental achievement for SACU to have successfully defended its rights and decisions taken in compliance with the EU-SADC EPA. The panel’s emphasis on the developmental nature of the EPAs and its consideration of this fundamental objective in its analysis of the dispute provides legal certainty in the application of the EU-SADC EPA going forward,” Elago added.

The SACU head continued she welcomes the balanced panel report and its emphasis on the requirement for cooperation and comity between the parties in the implementation of the EU-SADC EPA, stating this is one of the fundamental principles underlying the EPAs.

Elago added this latest ruling reinforces SACU’s confidence in the objectives of the EU-SADC EPA and the robustness of the safety valves encompassed within it to protect the SADC EPA states’ domestic industries from imports from the EU when necessary.

“The arbitral ruling has been transmitted to the Trade and Development Committee under the EU-SADC EPA, which will decide on its publication,” Elago noted.

However, on Wednesday, the European Commission stated the panel found that the SACU safeguard measure was not proportionate and went beyond what was needed to remedy or prevent any serious injury or disturbances.

The EC stated the delay between the investigation and adoption of the safeguard measure was excessive and not in line with the EU-SADC EPA.

“The ruling sets a strong precedent for the imposition of similar safeguards under the EU SADC agreement in the future. While safeguard measures can legally be adopted in exceptional circumstances to temporarily counter surging imports that threaten the domestic industry, these must at all times comply with the legal requirements set out in the agreement. While no immediate action is required from SACU to implement the ruling, given that the safeguard measure expired in March 2022, the Commission will remain vigilant to ensure that the EU industry is not subjected to any further unjustified restrictions in the future,” the EC stated.