KEETMANSHOOP – Popular Democratic Movement (PDM) leader McHenry Venaani has raised concern that the Act making provision for the establishment of a sex offender register was not yet implemented amidst the current escalation of sexual and gender-based violence (SGBV) in the country.

He made these remarks while addressing a group of Keetmanshoop residents who demonstrated SGBV during a peaceful march last Friday.
He called on lawmakers to ensure laws to be implemented make provision for the survival of women and children in society.
The politician also said men are abusing their rights and should be ashamed of themselves in not protecting the women and girls in society.
“We (men) must rise and support our young sisters and brothers in efforts like this – in the name of sisterhood and brotherhood,” said Venaani, who was in the area to campaign for his party ahead of the regional council and local authority elections slated for 25 November.  He added men should seriously start acing in a dignified manner as opposed to the way they are currently within society.

“Today, it might be someone else’s daughter, but tomorrow it might be yours subjected to sexual and gender-based violence,” he warned.
He also said these heinous acts can seriously affect fathers of women and children in one way or another.
He then urged church leaders and the civil society to rise against all instances of unhealthy, toxic masculinity by addressing it as a matter of urgency.

“We should all rise – including our leaders – and aggressively fight this SGBV evil in order to give our society new hope for the future,” the PDM leader added.
Venaani also said SGBV should be addressed at all platforms like churches, sport gatherings, schools and at home.
“It is for this reasons I decided to join the victims and their family members in protesting against these forms of violence,” he concluded. - sklukowski@nepc.com.na 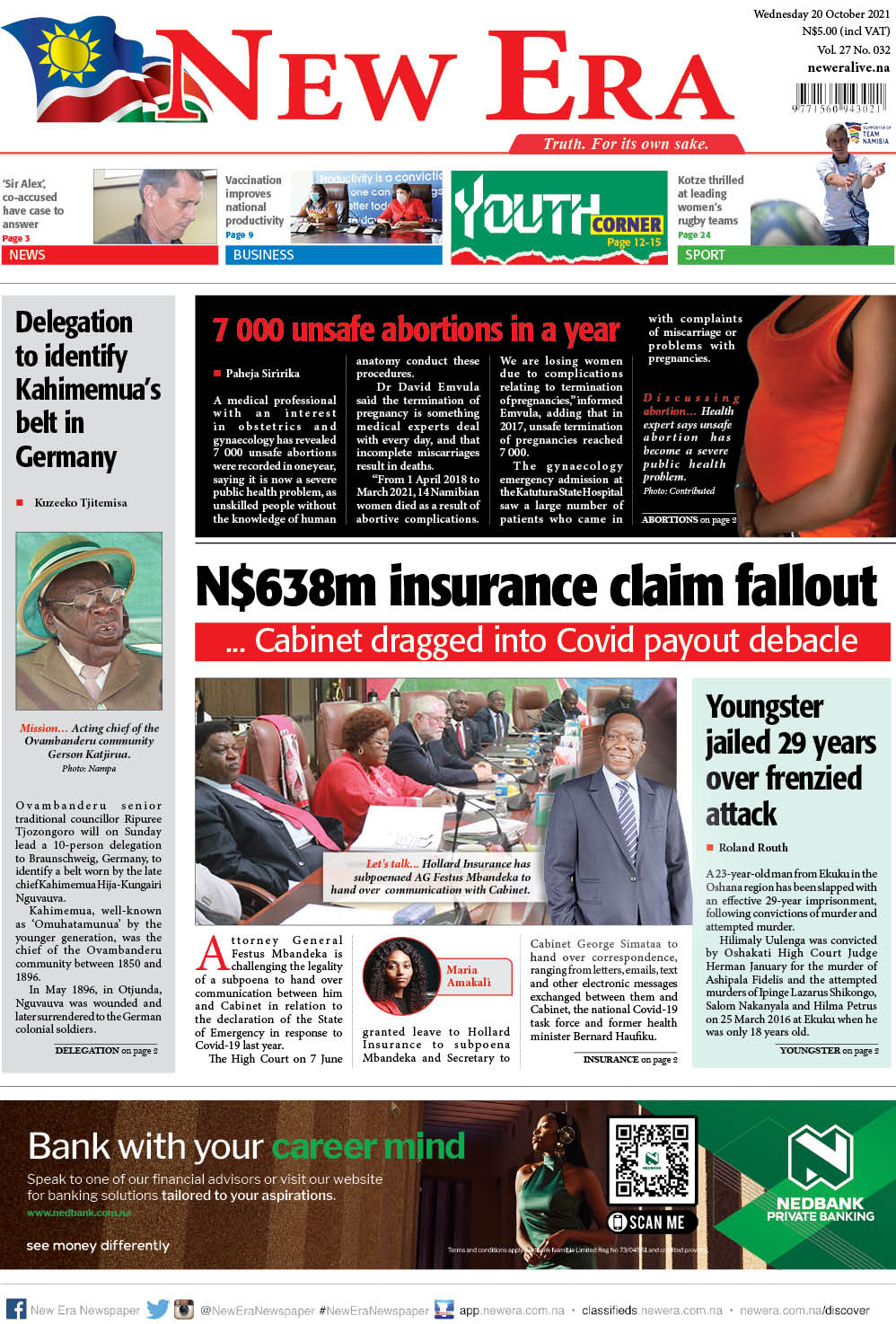