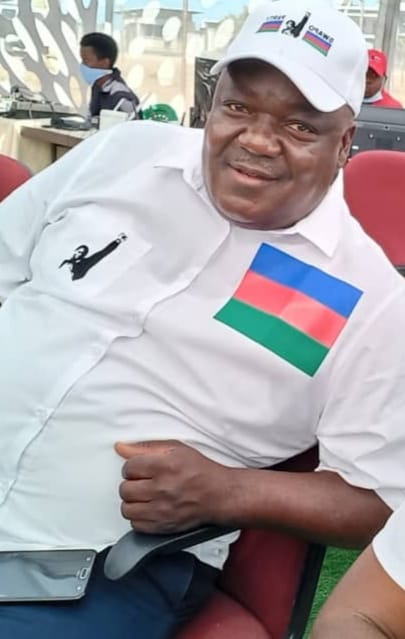 A charcoal producer in the Grootfontein area, who allegedly tried to escape paying his workers by concocting a plan to get them arrested for being illegally in the country and instead got arrested for assault and pointing a firearm, was freed on bail yesterday. Simon ‘Small Boss’ Tuhafeni was granted bail of N$3 000 by magistrate Stanley Tembwe.

On a third charge of theft, Tuhafeni was released on a warning, court documents stated.  His case was remanded to 4 October. Tuhafeni, whose alleged harebrained scheme backfired badly, was arrested on Monday.  His trouble with the law started when three of his former Angolan employees opened cases of assault, threatening through pointing of a firearm, as well as theft.  It is alleged that the complainants, together with others, demanded payment for work done. But Tuhafeni refused to pay them, leading to the ugly spat.

On Thursday last week, Tuhafeni allegedly ferried 12 Angolan men, including the complainants, to the Grootfontein Police Station to try and get them arrested for being illegal aliens and for possible deportation, claiming that he found them roaming around, stated the police earlier this week. The men were actually his farm workers, producing charcoal.

They were subsequently detained under the Immigration Act, and are being held at the Coblenz police station. After their arrest, they opened cases with the police, with two alleging they were assaulted by the accused and also claiming that he pointed a firearm at them while threatening to shoot them.

The third person also registered a theft case, accusing Tuhafeni of having stolen their axes and a panga. It is further alleged that on Friday, the accused ferried 20 children and 11 women, who happen to be the families of the detained men. It was at this point that the issue attracted attention as the children and women cried uncontrollably, fearing for their safety and that of their fathers and husbands.

The accused was, however, fortunate not to have been charged with human trafficking as it was argued that it was difficult to do so as there was no evidence pointing to Tuhafeni having taken the migrants from Angola. The workers and their families found their way into the country, upon which he solicited their services. Saara Kandume prosecuted for the State.