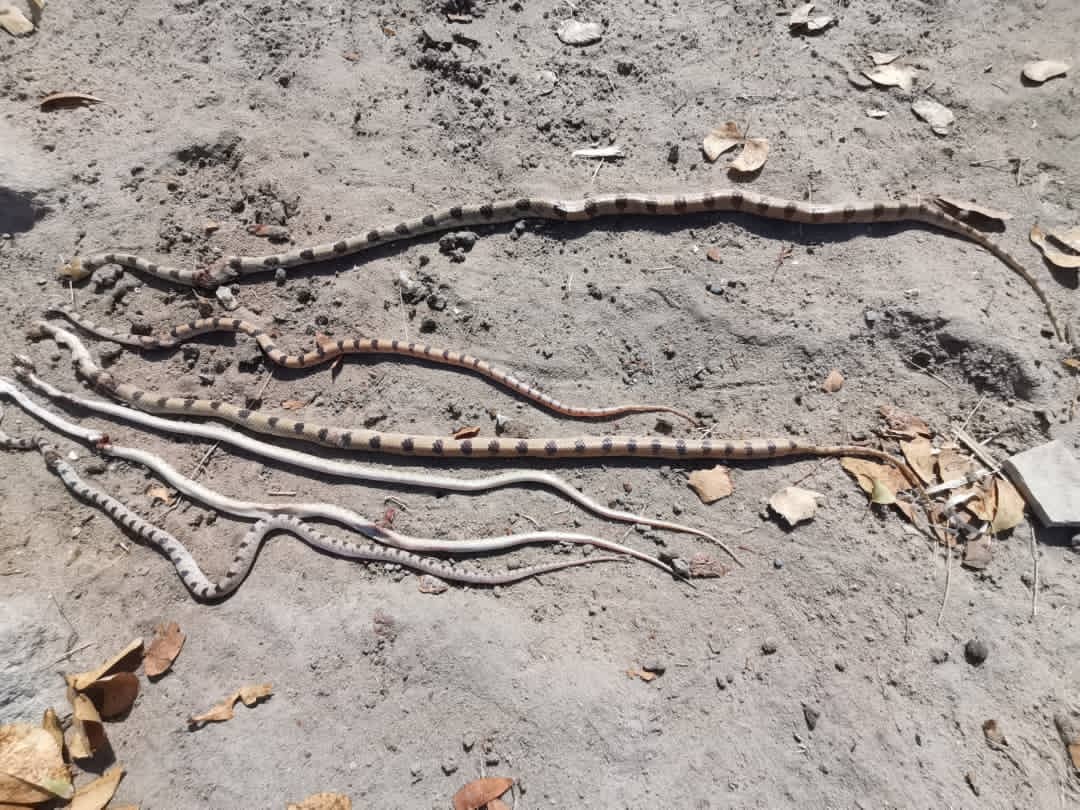 Teachers at the Elondo-West Combined School in the Omusati region say their environment is not conducive any longer due to the invasion of snakes around their sleeping quarters.

On Wednesday night around 21h00, six snakes were killed after they were discovered moving around their living quarters.

Teacher Luise Haiduwa told New Era that they were very shocked to see the snakes as they were struggling to fathom the presence of six snakes roaming around at the same spot.

“We have never seen these kinds of snakes in our rooms before. Everyone, including the villagers, is shocked. What type of witchcraft is this?” she lamented.

Haiduwa said she was coming from her colleague’s room and then on her arrival at her flat, she found a snake wandering around at the door of her room.

“I notified my colleague, who quickly came. We managed to kill it,” she added.

Eventually, as her colleague went back to her flat, she also found two snakes of the same species at her doorstep.

“We were very petrified, to the extent that we did not know whether to kill them. We called residents who were out at the nearby cuca shop to assist us to raze the snakes,” she narrated.

Haiduwa said they then switched on their lamps and managed to kill the two snakes.

“Shockingly, when I made my way back to my room, we found two snakes roaming around my room again. We then killed them immediately,” she recalled.

“Yet again, we found the last snake behind my colleague’s room, attempting to find its entrance through the window. Decidedly, we killed it. Had it not been for the villagers, we could not have managed to kill the snakes because we are just four at the flats.”

Also speaking to New Era was teacher Simeon Shilongo, who said they didn’t sleep well as they were shaken to the core by the “strange” snakes.

“We spent the night praying and reading the Bible. We slept on sofas. It was not easy because our minds were preoccupied with the incident,” he noted.