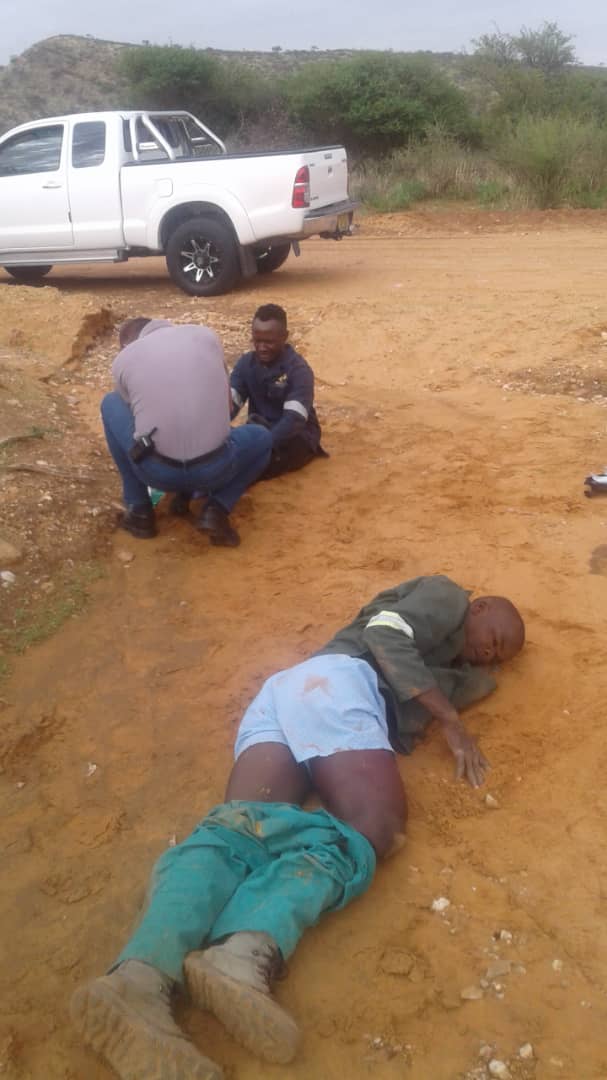 A robbery suspect has died, while two others were wounded after a police shooting in Windhoek yesterday morning. According to reports, the three were shot by police officers patrolling the Cimbebasia area.

The lifeless body of the third suspect was only discovered hours later in the bush. He was allegedly struck by a bullet during the shooting incident and died on the scene.
Police spokesperson Deputy Commissioner Kauna Shikwambi urged members of the public to report any suspicious movement or activity within their localities.

According to Shikwambi, three police officers were patrolling a gravel road in the bushy area of Cimbebasia, where robbery cases were reported two weeks ago. She said, during the patrol, five men wielding pangas and a knife allegedly emerged from the bush and charged at the officers.

“The officers shouted ‘police; police’ and that resulted in three guys running away while two demonstrated no fear and continued charging at the officers. That prompted the officers to fire warning shots; however, the suspects were not deterred but kept coming forward.
As a result, they were injured by shots: one on the left upper leg and the other on the right lower leg,” stated Shikwambi. She added the suspects, aged 22 and 26, were taken to a Windhoek hospital and a reported to be in a stable condition.

According to Shikwambi, the police confiscated a panga and a knife that was found with the injured suspects.
“It is further alleged that one of the injured claimed to be a farmworker in the area and that he was patrolling the area on a horse; however, his claims could not be proven as there was no nearby farm or a horse observed in the area.”
A case of attempted and armed robbery was opened against the two suspects.
- ljason@nepc.com.na