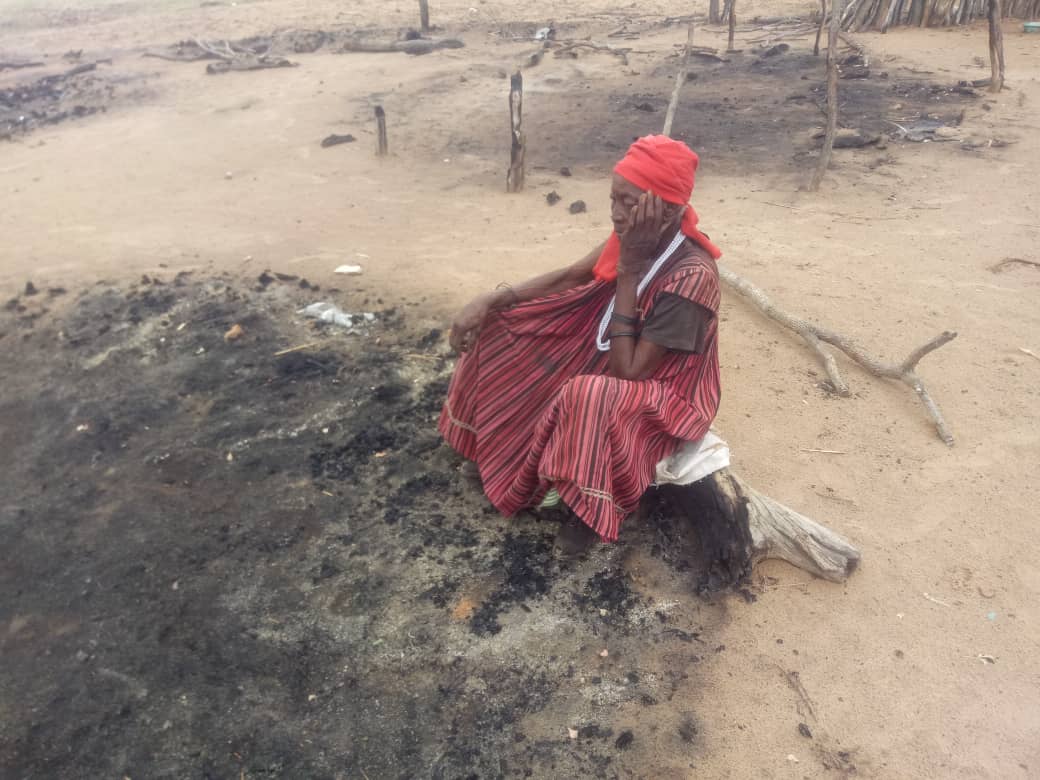 ONGWEDIVA – A pensioner was left homeless after her homestead was allegedly burned to ashes by a teacher, who is also her neighbour, at Oshatotwa village in Ohangwena region. The incident, which escalated to arson, allegedly took place last week while Carolina Amutse (50), a teacher in Swakopmund, was on holiday.

The 88-year-old Olivia Ndilula and Amutse were apparently at loggerheads over a piece of land that was allocated to Ndilula by Amutse’s mother 33 years ago.

The Amutse has allegedly been telling Ndilula to relocate from that piece of land, which is an extension of her mother’s mahangu field.

Ndilula refused, claiming she now legally owns that piece of land, causing Amutse to burn down all the huts in Ndilula’s house before she skipped the village for Swakopmund.

Amutse was arrested last week and granted bail of N$2 000 when she appeared in the Ohangwena Magistrate’s Court. According to detective Victor Haludilu, Amutse was infuriated by an incident where Ndilula’s nephew cut down a tree after they discovered a snake in that tree. The suspect and her brother then attacked the pensioner’s household, telling her they do not have the right to cut down trees, since the land does not belong to them.

That same evening, Amutse went to Ndilula’s homestead and warned her that she would burn her homestead if she refused to move from her mother’s land. “The following day, in the early hours, the suspect came to the victim’s house and burned five huts – one by one,” Haludilu said.

Also speaking to New Era, Ndilula said she is now sleeping in a tent donated by a villager.

“In 1990, my friend, who is the suspect’s mother, gave me consent to build my homestead on her land. I then went to the headman to register my house on my name,” she stressed.

Ndilula added that she has been living on the land for 33 years. “Where can I go now if I have been staying here with my grandchildren for so long?

“I lost everything, including food and N$850 in cash, which was meant to pay for ploughing. I don’t have peace anymore,” she lamented. Ndilula said she now depends on the food she receives from the villagers. She is, therefore, appealing to the good Samaritans to assist her with food, clothes, blankets
and materials to rebuild her
shack.

The public can contact the office of the constituency councillor at Omulonga. Approached for a comment, Oukwanyama chairperson Eliaser Waandja said he will investigate the matter as soon as possible before the traditional authority gets involved.