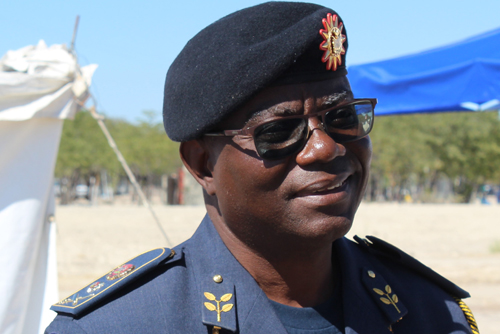 A 12-month-old toddler drowned in a bucket of water while her mother was allegedly taking a bath on Friday afternoon at Omaambo village in the Elim constituency of Omusati.

She drowned in a 25-litre bucket where the family allegedly wash dishes.

According to the police regional commander in Omusati, Commissioner Titus Shikongo, the victim was allegedly left playing with other children in the house.

“Exact circumstances leading to the drowning are not clear, as the incident was only discovered by the mother after bathing when she was told by the other kids that they don’t know where the deceased was, prompting her to start searching for her,” said Shikongo.

The victim has been identified as Fransina Iita.

Her body has been taken to the Okahao police mortuary for a post-mortem.

Investigation into the matter continues.

Still in Omusati, a 28-year-old man committed suicide by hanging himself in his room at Oshikushomunkete village in Oshikuku constituency.

According to the police commander, the incident happened on Friday morning.

It is alleged the victim was last seen in the company of his brother on Thursday afternoon at Kandundu location.

“Only to be found with a tow strap in the ceiling of his sleeping room on Friday,” said Shikongo.

No suicide note was found at the scene, and his body has been taken to Okahao police mortuary for a post-mortem.