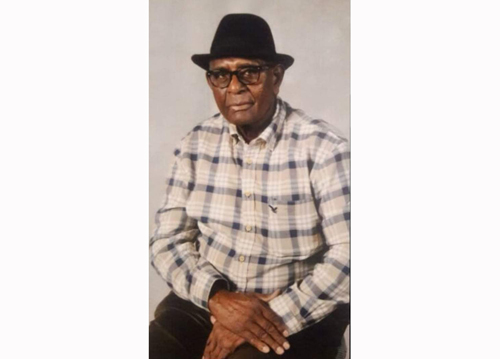 They came, conquered and went to their eternal home, that’s how one can only describe the life journey of our just departed football heroes, whose precious lives were cut short just as others were about to celebrate the birth of Jesus Christ during the annual Festive Season.

Gone too soon “Alfie”
Former African Stars Football Club dribbling wizard Juku Tjazuko, fell victim to the devastating coronavirus and will be sorely missed by those who rubbed shoulders with him on the football pitches across the length and width of the country.
The late speedy winger won several accolades with the Reds, including three Mainstay Cup gold medals in 1980, 81, 84, adding to his native land’s third gold medal in the now-defunct prestigious South African Inter-Provincial Impala Cup in 1986.  He also had a short sting with ambitious Pionierspark outfit Ramblers where he almost singlehandedly spearheaded the Tunschell street boys’ promotion to the country’s elite football league upon the dawn of Namibia’s democracy in 1990. The likeable soft-spoken stocky winger is arguably one of the finest ball jugglers of his generation and will go down in history as one the club’s finest young talent to have ever come through the ranks.
He formed a dangerous combination with fellow attackers Immanuel Kamuserandu and the ailing Jackson Meroro and even though his goal-scoring resume does not match that of his celebrated teammates, Juku was without a shadow of a doubt the one who made the team tick.

Go well “Chunky Charley”
The tears of agony have hardly dried up when news emerged that former “Starlile” giant auxiliary shot-stopper Charles Kapuumue Ngozu, has taken a bow from the game of life after losing a brave fight against the Covid-19 virus. His death was followed by that of another Reds’ stalwart Mike Kangova Pack, one of the club’s longest-serving squad members.

Ode to Captain Fantastic,
Uncle Reinhardt Gaseb
One of the most colourful personalities in the corridors of Namibian football Oom Reinhardt Gaseb, has gone west. The much-adored always immaculately dressed Oom Ray, as he was famously called by those close to him will be sorely missed.
Many people only know “Uncle Ray”, as a staunch supporter of Black Africa but in the true sense of the word, Ou Reinhardt was a formidable defender, founding member and long-serving skipper of exciting Kuisebmond outfit Eleven Arrows, back in the day in his native hometown, Walvis-Bay. He will be best remembered as the ever-present friendly figure at Pupkewitz Mega Build, in the southern industrial area of Namibia’s commercial capital, Windhoek.

RIP “Mr Long Throw”
A student of the revered Augustineum Secondary School on the outskirts of Katutura/Khomasdal, the tallish bearded crossed-legged defender rose to prominence with the School Football team as a no-nonsense tough-tackling fullback in the early 70s. His trademark long throw-ins caught the eye, as the school team mesmerized opponents at will in the then-popular knockout cup tourneys.
After leaving school, the gangling defender joined Katutura giants Tigers FC where he was to form a rock steady partnership in “Ingwe’s” rearguard alongside veterans Tives Mbako, Martin Weicko, Chaka Mbako, Abnery Tobias and the beanpole Silas Nujoma.
His arrival at Tigers coincided with that of fellow students from Augustineum, namely skilful forward Kayala Haufiku, Sekulu Hipondoka, “Grey” Umati, Jerry Tobias, “Pwiro” Hangula and Johnny Weicko, amongst others.
Upon his retirement from competitive football, “Scalla” became a noted match referee earning the scary nickname of “the Hanging Judge”, as a result of his quick hands in flashing out red cards for habitual law offenders.

RIP «Yellowish Boy» from the Cattle Country
The fast as a lightning fullback was a valuable squad member of Stars’ second generation and went onto oversee several generations, ushering in the golden generation of the untouchable side that won the first-ever trophy, carrying prize money N$1 000 during the inaugural edition of the annual Dave’s Furnishers Cup in 1974. Stars defeated bitter rivals, Black Africa, 3-2 in a highly charged final at the packed to rafters Katutura stadium.

Farewell to an unheralded Brave Lion of Judah
Up north, death has struck again with the sad passing of former Augustineum SS, Windhoek City and Hungry Lions FC gangling dribbling wizard Dawid Kerekete Hangula. The latter lost a long battle against a series of devastating complications of heart deficiencies.
The Nomtsoub born lad cut his teeth in organized football structures with lower-division campaigners Hungry Lions FC in the mid 70’S where he became a crowd favourite with his cunning dribbling skills that left many robust defenders for dead. He also enjoyed stellar spells with both hostels teams Golden Bees and Windhoek City, before hanging up his togs prematurely while still at the pinnacle of his unfulfilled flourishing football career.
His genes dictated that he would be a footballer of note, after all, elder brothers Times Mwetuyela, Burikie Vorster and Kapuii Hangula, were all phenomenal leather chasers in their own right. May their soul rest in eternal peace in one piece.